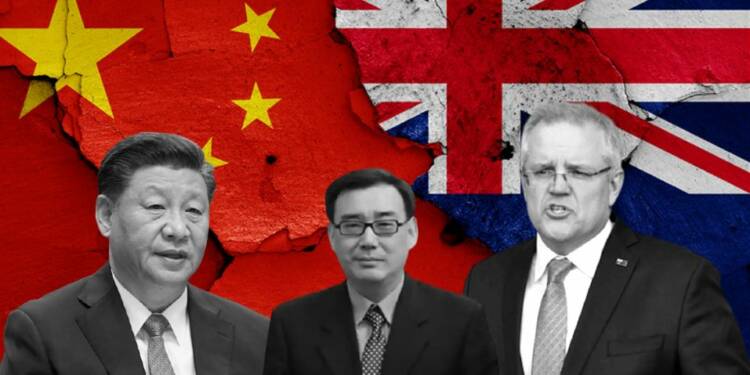 The penultimate moment in China-Australia hostilities seems to have arrived. China has resorted to incarcerating innocent Australian nationals, and Canberra is not a tad bit happy with the paper dragon’s antics. For almost two years now, Australian writer Yang Hengjun has been languishing in a Chinese jail in Beijing and is being subjected to the usual communist torture and brazen disregard for human rights. Hengjun has been accused by China of espionage and national security crimes.

The incarceration of Yang Hengjun has once again come to the limelight since the Australian national is scheduled to face trial next week in a closed court in Beijing on the preposterous charges slapped against him by the Chinese Communist Party. The trial comes two years after his arrest, and he is most likely to be falsely convicted and jailed for crimes he never committed. In China, those accused of crimes of espionage and national security subversion, along with dissent against the CCP are hardly acquitted.

Australia knows that a citizen of theirs faces a danger to his life. So, in a strong statement rebuking China’s moves, Australian Foreign Minister Marise Payne said, “Despite repeated requests by Australian officials, Chinese authorities have not provided any explanation or evidence for the charges facing Dr. Yang.” She added, “We have conveyed to Chinese authorities, in clear terms, the concerns we have about Dr. Yang’s treatment and the lack of procedural fairness in how his case has been managed.”

It must be mentioned that China has denied requests of Australia to have its diplomats witnessing the trial. This has raised serious concerns regarding the ‘fairness’ of the secret trial. Of course, it goes without saying that no trials are ‘fair’ in China. However, the Chinese despot – Xi Jinping has really messed with the wrong country this time around. While the Canadian government led by liberal mascot Justin Trudeau has only been protesting the illegal detention of its citizens by China, the Scott Morrison government of Australia is not going to take Chinese high handedness lying down.

Prime Minister Scot Morrison has earned the distinction of being among the very few leaders who have unapologetically taken on China in order to secure their nations. And in Australia, the public sentiment is heavily weighed against China. That gives the Morrison government all the more reason to go after China. According to a survey by the Pew Research Centre, the share of Australian respondents with negative views of China grew by 24 percentage points in 2020 compared with a year before, with 81 per cent saying they now saw China unfavourably.

Read more: After getting ravaged by its own trade war with Australia, China now fears Australia’s devastating military might

In fact, over the past one year, Australian investments in China have gone down by a whopping 25 per cent, even though the paper dragon has been liberalising its financial markets in order to ramp up foreign investments. On its part, China has cut down on imports from Australia, which range from products like iron ore, coal, barley, wine and meat. Australia’s resolve to teach China a lesson, however, has not suffered due to the economic offensive Beijing has waged against it.

In fact, Australia has gone on a disproportionate offensive spree itself, and the Morrison government is cancelling the paper dragon’s BRI projects in the down under country at an unprecedented pace. Canberra has been hitting China where it hurts them the most. The trial of Yang Hengjun by China, as such, is simply retaliatory in nature.

China would have thought that Australia would tone down its aggression when one of its own nationals faced the prospect of being convicted in the Communist nation. However, Australia’s resolve has only been strengthened. China might just have forced Australia to snap all diplomatic and bilateral ties with it. Xi Jinping, therefore, might have shot himself in the foot here, and Scot Morrison is willing to go to any extent to teach Beijing a lesson.

It is official: Red states have the lowest unemployment rate in all of America