Now that Dr Fauci is cornered, he admits that Covid-19 is not natural. That makes him a lying mass murderer 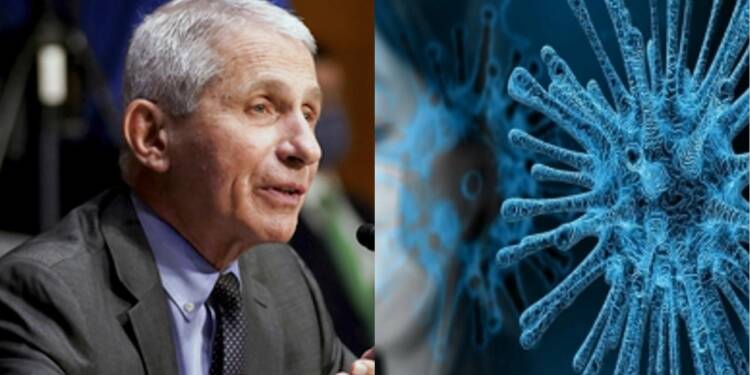 Dr Anthony Fauci, USA’s top infectious disease researcher, acknowledged that he is now “not persuaded” that COVID-19 evolved spontaneously and called for a more thorough investigation into the virus’s origins. PolitiFact asked Fauci, the director of the National Institute of Allergy and Infectious Diseases (NIAID) if he believed the CCP (Chinese Communist Party) virus evolved naturally.

“No actually. I am not convinced about that. I think we should continue to investigate what went on in China until we continue to find out to the best of our ability what happened,” Fauci said during a Poynter event, “United Facts of America: A Festival of Fact-Checking,” on May 11.

“Certainly, the people who investigated it say it likely was the emergence from an animal reservoir that then infected individuals. But it could have been something else and we need to find that out. So, you know, that’s the reason why I said I’m perfectly in favour of any investigation that looks into the origin of the virus,” he continued.

During a Senate hearing the same day, Fauci was asked if COVID-19 may have come from a lab accident in Wuhan, to which he replied, “The possibility definitely exists.” “I am totally in favour of a full investigation of whether that could have happened,” he responded.

Early reports of a CCP virus outbreak first surfaced in late 2019 in Wuhan, China’s central city, when a cluster of cases was connected to a local wet market by state-controlled media. The virus’s sources are still unknown more than a year later, but the possibility that it leaked from a laboratory at China’s Wuhan Institute of Virology (WIV) is gaining traction.

PolitiFact secretly retracted a Sept. 2020 fact check that branded a Hong Kong virologist’s assertion that COVID-19 emerged in a lab as unfounded and a “debunked conspiracy theory,” only days after the Poynter case. “The claim is inaccurate and ridiculous,” the now-archived fact checks previously said. “We rate it Pants on Fire!”

PolitiFact clarified why it has now withdrawn the mark in an updated editor’s note released on May 17. “When this fact-check was first published in September 2020, PolitiFact’s sources included researchers who asserted the SARS-CoV-2 virus could not have been manipulated. That assertion is now more widely disputed,” the note states. “For that reason, we are removing this fact-check from our database pending a more thorough review. Currently, we consider the claim to be unsupported by evidence and in dispute.”

Moreover, during the previously mentioned Senate Hearing, Fauci also acknowledged that COVID-19 may have emerged in a lab in Wuhan, China and that the possibility should be investigated further. On Capitol Hill, the country’s top infectious disease doctor made the admission while being grilled by the US senators, including Republican Rand Paul, who had a tense exchange with him about the lab’s supposed government funding.

Earlier, he was promoting a very different version. Fauci had previously stated that the deadly virus “evolved in nature and then jumped species,” rather than being “artificially or intentionally manipulated,” a few months after the pandemic began. Many people are raising their eyebrows because Dr Fauci’s opinions have changed and because he has been following a somewhat similar narrative as CCP. Now, Fauci has finally admitted that Coronavirus began in Wuhan and that he deliberately assisted them.

Fauci’s changed stance has landed him in deep trouble. It can now be clearly deduced that Anthony Fauci knew more about the origins of the virus but still kept mum, despite the pandemic. Whatever may be the reason for his silence, his knowledge could have helped fast track the development of the vaccine. Moreover, Fauci should be held accountable for a) his silence and b) the disturbing revelation. As much as Covid-19 is responsible for the deaths of millions of people around the globe, Dr Anthony Fauci should be held responsible for his shameless acts.

‘Defund the Police, shut down city jail,’ St. Louis Mayor orders even as criminals bring the city to a bloody halt