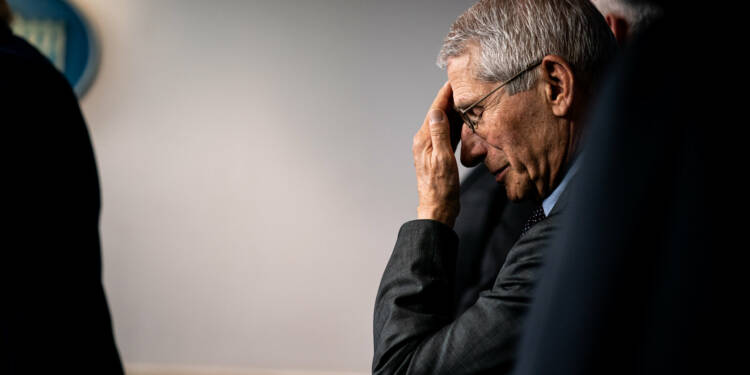 The Covid pandemic is wreaking havoc all over the world and the time has come to ask tough questions regarding the origin of the virus. During a Senate hearing, Sen. Rand Paul (R-Ky.) questioned Dr Anthony Fauci, the head of the National Institute of Allergy and Infectious Diseases (NIAID), who has become one of the public faces of the federal government’s pandemic response, regarding reports alleging that a US virologist operated at the Wuhan lab to make pathogens more lethal or easier to spread. It comes amid concerns about the CCP (Chinese Communist Party) virus’s roots and the possibility that it leaked from the lab.

Dr Anthony Fauci acknowledged on Tuesday that COVID-19 may have emerged in a lab in Wuhan, China and that the possibility should be investigated further. On Capitol Hill, the country’s top infectious disease doctor made the admission while being grilled by the US senators, including Republican Rand Paul, who had a tense exchange with him about the lab’s supposed government funding.

Earlier China in Focus- NTD’s report has exposed Beijing’s guilty intention. As per the report, the Communist nation started developing its Coronavirus vaccine over two weeks before it admitted that the novel Wuhan virus is contagious and that human-to-human transmission of the virus is possible. It seems Beijing actually wanted the world to suffer from disease, death and agony, whereas authorities started working on a vaccine for China beforehand.

China’s Central Commission for Discipline Inspection (CCDI)- the highest body for internal control in the Chinese Communist Party (CCP), published an article on its website. The report praised the CCP for quick vaccine development. The CCDI report stated, “On January 5th (2020), the Chinese Academy of Sciences’ Wuhan Institute of Virology successfully isolated the new Coronavirus strain. The research and development of the inactivated vaccine for this virus have since begun.”

Read more: China started developing Covid vaccines even before it announced the outbreak of the Wuhan virus

Now, these questions by the senator towards Dr Fauci further deepened the understanding that in all likelihood the virus originated in the lab in Wuhan. As reported by New York Post, Fauci was flat-out asked by GOP Sen. Roger Marshall, a doctor from Kansas, “Do you think it’s possible that COVID-19 arose from a lab accident … in Wuhan, and should it be fully investigated?” The National Institutes of Health official replied, “That possibility certainly exists, and I am totally in favour of a full investigation of whether that could have happened.”

However, earlier, he was flouting a very different version. Fauci had said a few months after the start of the pandemic that the deadly virus most likely “evolved in nature and then jumped species,’’ as opposed to being “artificially or deliberately manipulated.” As these changes in the views of Dr Fauci do not add up, and the fact that he has been taking a very similar narrative as CCP, they lead to many eyebrows being raised. And now Faucci finally admits that Coronavirus originated in Wuhan and he actively aided them.

Xi Jinping may look invincible but the reality is, he is not coming back to power