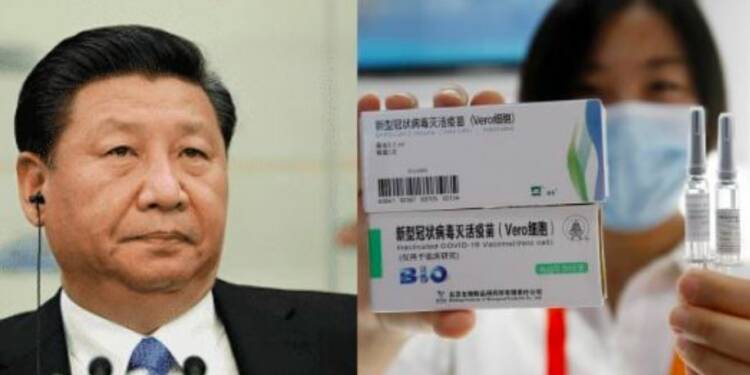 While more and more people keep succumbing to the Wuhan virus across the world, China’s role in spreading it keeps getting murkier. Till now, the world was of the belief that the Communist nation was criminally negligent in its pandemic response. Around the world, it was being understood that China’s opaque and irresponsible governance aided the spread of the Coronavirus outbreak.

However, a latest China in Focus- NTD report has exposed Beijing’s guilty intention. As per the report, the Communist nation started developing its Coronavirus vaccine over two weeks before it admitted that the novel Wuhan virus is contagious and that human-to-human transmission of the virus is possible. It seems Beijing actually wanted the world to suffer from disease, death and agony, whereas authorities started working on a vaccine for China beforehand.

China in Focus-NTD reported that China’s Central Commission for Discipline Inspection (CCDI)- the highest body for internal control in the Chinese Communist Party (CCP), published an article on its website. The report praised the CCP for quick vaccine development. The CCDI report stated, “On January 5th (2020), the Chinese Academy of Sciences’ Wuhan Institute of Virology successfully isolated the new Coronavirus strain. The research and development of the inactivated vaccine for this virus have since begun.”

What CCDI reported is not a mere error or aberration. As per China in Focus-NTD, Chinese State-run media publication Xinhua published a report last month.

The report quoted the CEO of a subsidiary of the Chinese State-owned company Sinopharm. The CEO claimed that his company pulled off a miracle and developed the Coronavirus vaccine in just 98 days. The vaccine was approved for trial on April 12, 2020. So, simple mathematics will bring us to January 5, 2020. As per Chinese authorities themselves, January 5 was the date on which the Chinese vaccine project started.

There is a clear admission on the part of Chinese authorities that they knew about the deadly character of the Wuhan virus from early January itself. Yet, Beijing neither found the need of sounding an alarm for the rest of the world nor did it feel the need to keep the World Health Organisation (WHO) informed.

In fact, while China started developing a vaccine, it was still keeping the world in dark. Till January 20, Beijing was cracking down on Wuhan-based whistleblower doctors, who were trying to send out warning signals about the dangers posed by the novel Coronavirus.

To be very clear, China neither informed the world of the disaster coming their way nor did allow whistle-blowers to speak up. As a result, over 3 million people have already died across the world and all this blood is on China’s hands. Yet, we don’t know how much more the world is going to suffer because of Beijing’s actions and how many more people are simply going to lose their lives because of Chinese lies.