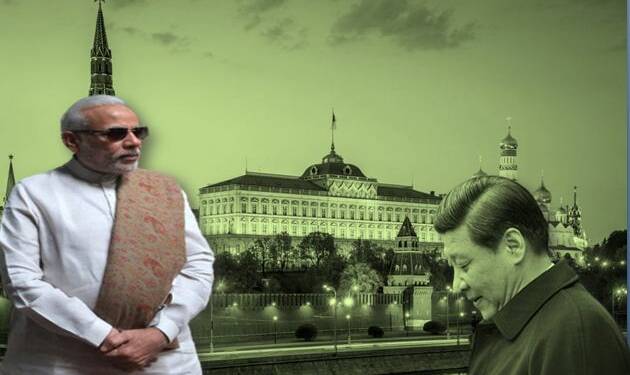 For China, Beijing Winter Olympics is just not about hosting the mega-sports event; it’s more of CCP’s soft power projection at the world stage. 2022 brings in a new election, and President Xi Jinping desperately wants to turn this event into a grand success to keep his re-election ambitions alive.

This became evident as soon as a joint communiqué was released after Russian President Vladimir Putin held talks with Xi Jinping. The communiqué was full of political statements. From condemning the AUKUS security pact to criticizing NATO’s moves in Ukraine, from lambasting the US to rebuking separatist forces in the island nation of Taiwan, the joint statement reflected the rock-solid partnership between the two giant neighbours. Interestingly, the statement avoided the mention of the Quad alliance.

Under the Quad framework, India, Japan, Australia and the US have agreed to consolidate their efforts towards blocking China’s efforts to stir up security tensions in the Indo-Pacific. China has always looked askance upon the security grouping and has often slammed it as an “anti-China” alliance. It has always sought Russia’s support against Quad in order to counter the burgeoning threat to its national security.

The reasons behind China and Russia avoiding criticizing India and Japan

It’s interesting to note that the two nations didn’t mince words while criticizing the AUKUS pact signed last year between the US, the UK and Australia. This shows that both Russia and China have no qualms in criticizing Australia or the US. But when it comes to criticizing India and Japan, both nations appear to be treading a fine line. There could be three reasons behind this behaviour.

Russia and India are working closely on developing Russia’s far-east region, and the two countries are major defence partners as well. In 2020, when Russia found India mired in unprecedented Chinese aggression, the Kremlin lost no time in reining missile supplies to China. On the other hand, Russia had also fast-tracked the S-400 missile defence system delivery to India. For Russia, it would be impractical to criticize India for mere short-term political favours from China.

China and Russia are not allies or partners. They are just two trading nations faced with the same adversary but for two different reasons. Most nations in the EU and around the Indo-Pacific don’t consider Russia as a national security threat for themselves. However, China is already perceived as the biggest threat to peace and stability across the globe.

The two nations may appear hand in glove as long as their interests don’t diverge. And that’s why both countries appear to be at loggerheads with each other when they come to the question of India, Japan, the Arctic or the Central Asian region.