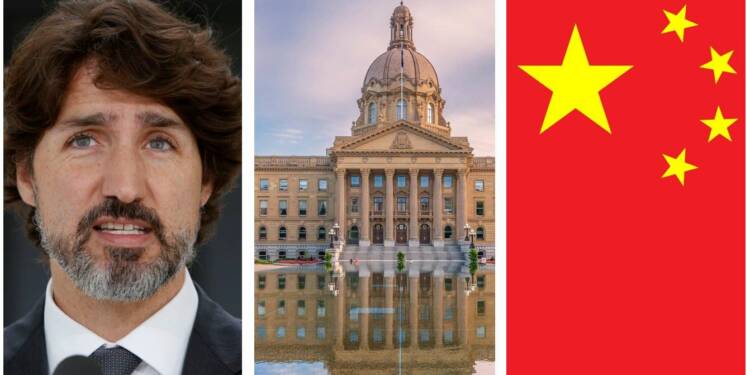 The Canadian government has for a very long time shied away from taking on China and Xi Jinping, and now the provincial governments have had enough of it. Alberta’s conservative government has asked the province’s four comprehensive academic and research universities to pause any new partnerships with links to the Chinese government and to review its existing relationships. Alberta’s government has become serious when it comes to taking on the extensive intelligence and narrative infrastructure that the Chinese Communist Party has set in their state.

Alberta’s minister of advanced education, Demetrios Nicolaides, sent a letter to the University of Calgary, the University of Alberta, University of Lethbridge and Athabasca University calling for them to “pause the pursuit of any new or renewed partnerships with [People’s Republic of China/Chinese Communist Party]-linked entities, undertake a thorough review of their institution’s relationships with entities potentially linked to the PRC/CCP, and ensure these ongoing partnerships follow stringent risk assessments and due diligence,” spokesperson Taylor Hides said of the letter.

The Canadian government has been shamelessly and overtly kowtowing to the Chinese Communist Party. According to the country’s top local diplomat, Canada is not planning new paths to an asylum for Hongkongers fleeing the city because it already has well-developed mechanisms in place to deal with those alleging political persecution. Justin Trudeau has provided refuge to migrants from all over the world, but the same cannot be said for Hong Kong residents who have fled China. Hong Kongers have fled China in the hopes of finding refuge in Canada, but the doors to asylum in Canada do not exist for Hong Kongers.

Read more: Canada gives shelter to any and everybody, but for Hong Kongers fleeing China, it has nothing to offer

In a farewell interview with the Post, outgoing consul general to Hong Kong and Macau Jeff Nankivell also said that the national security law put on the city by Beijing last June had hampered the consulate’s work but as of now, there were no plans to offer asylum.

However, Alberta’s government has taken it on its own to clean off the shame that the Canadian government is piling up. The institutions have 90 days to submit a report with the requested information to the government. “I am deeply concerned about the potential theft of Canadian intellectual property and further concerned that research partnerships with the People’s Republic of China may be used by Chinese military and intelligence agencies,” said Nicolaides in an emailed statement. “More needs to be done to curb foreign state infiltration into our research and innovation centres, including our post-secondary institutions.”

Nicolaides isn’t the only one who is concerned. Access to intellectual property by the Chinese government through university collaborations has sparked heated debate in Australia, the United States, and, to a lesser extent, Canada. Last year, the House of Commons committee on Canada-China relations heard reports that China was collaborating with academics to gain access to technology, including claims that some of the key technology behind the country’s surveillance network was established in Canadian universities.

Now, this could be taken as a model for other states to follow at a time when the central authorities are willingly looking the other way when it comes to the CCP using universities as intelligence gathering hubs as well as selling their narrative to lay Canadians.