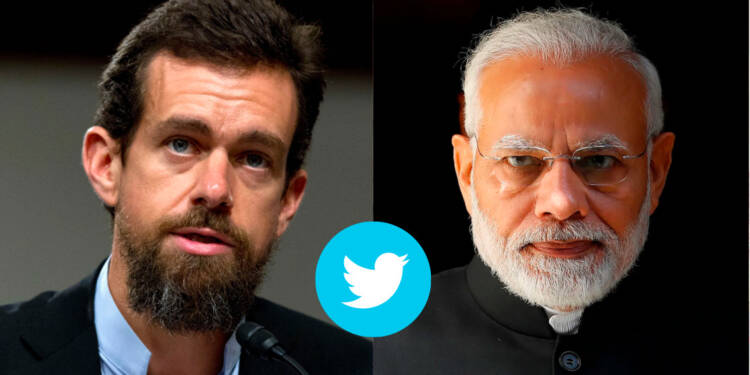 Panic struck Twitter Inc.’s global headquarters in the United States are at the break of Monday’s dawn. Top executives did not know what had just struck them. Soon, they realised that the Narendra Modi government of India has taken the first among many steps to take Twitter down. Twitter executives are said to have been angry, worried, paranoid and above all, scared of what had just happened back in India. India’s capital police – the Delhi Police dispatched two teams of its special cell to pay a visit to the microblogging site’s offices in New Delhi and Gurgaon.

Mind you, the Delhi Police paid a visit to the Twitter offices in and around New Delhi knowing fully well that they were closed, and in fact, employees were working from their homes for the past one year. Yet, since the intent of the Indian government was to let Twitter know it is coming after it, the two teams carried notices with them to be served to Twitter. Meanwhile, the intended message has been received by top Twitter executives in the United States lock, stock and barrel.

But you must all be wondering why the Indian government has launched a sudden offensive against Twitter? Well, firstly, it is not at all ‘sudden’. And second, Twitter has been getting on the Indian government’s nerves for far too long – and the hammer has now come banging hard on it. The recent ‘visit’ by Delhi Police to Twitter offices comes in the backdrop of fresh tensions between the American social media giant and the Narendra Modi government of India.

Recently, India’s primary opposition party – the Indian National Congress was caught red-handed trying to destabilise the Modi government by using a ‘toolkit’. In the toolkit, the Congress party intricately instructed its workers and volunteers to collaborate with international media and vested interest groups to defame the federal government in India. It also instructed workers to use images of burning pyres and cremation sites for showing an artificial image of the crisis in India.

Essentially, the ‘toolkit’ of the Congress party was anti-national in nature. So, the Indian government mounted an offensive against it. However, what did Twitter do? At the behest of the Congress party, it labelled tweets exposing the ‘toolkit’ as those which contain “manipulated media”. This is a brazen lie. However, India being the most vibrant and diverse democracy in the world, decided to give Twitter a fair chance.

Disgusting to say the least ..Rahul Gandhi wanting to use this opportunity of Pandemic to destroy the image of PM Modi.
Congress workers instructed to call the mutant strain as “Modi strain”
No stone left unturned to scar the name of India with the help of Foreign Journalists!! pic.twitter.com/i1ykMB00MA

So, the Delhi Police served notices to the platform and asked it to come clean with regards to the exclusive information it seems to be having, on the basis of which it labelled tweets exposing the toolkit as ‘manipulated media’. The Delhi Police simply wanted in on the secret information on the basis of which Twitter had declared the toolkit to be ‘manipulated.’

Read more: Lookie! Twitter – the biggest bully of the internet is crying because the fear of the Modi government is real

The Indian government’s message to Twitter is clear – if you decide not to comply with the laws in India, we will not hesitate to take you down. Today, it might be the Twitter offices, but we will not shy away from coming knocking on the doors of your India executives’ homes. The Narendra Modi government has realised that Twitter’s commitment is to destabilise the present establishment and to target the tremendous conservative ecosystem of the country.

India has made it clear that beginning Wednesday, all social media platforms including Twitter who have not complied with recently released social media guidelines will be liable to be prosecuted under criminal charges. Twitter is really surviving on the edge in India – and the Indian government’s message to it is loud and clear. Fall in line or get booted out.

India has emerged as a global power, which is leading the fight against the hegemony and high handedness of American big tech. While countries like Russia, Australia, France and others around the world are also pushing back against big tech, India has effectively signalled that it will not shy away from criminally prosecuting the top executives of social media giants, especially those belonging to Twitter Inc.