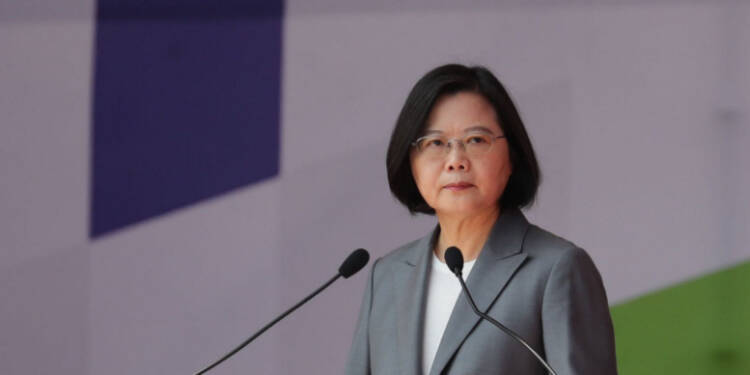 Taiwan provided the most developed model to deal with the pandemic in the very early days. Notwithstanding its small size, it was willing to provide humanitarian medical assistance to countries all over the world. However, when it needed the world to come to its rescue, it seems to have abandoned Taiwan as it battles a severe COVID outbreak. Germany’s BioNTech asked Taiwan to remove the word “country” from their planned joint announcement on a COVID-19 vaccine sale to the island, its health minister said, as he outlined the collapse of the deal which Taipei blames on China.

While Taiwan had till now very successfully managed the pandemic, it is currently witnessing a sudden surge in the cases and as it battles a severe COVID outbreak, the world seems to be looking the other way. For the first time, on Wednesday (May 26), Taiwan directly accused China of blocking a deal with German firm BioNTech for COVID-19 vaccines. “Taiwan was close to sealing the deal with the German plant, but because of China’s intervention, we still can’t sign the contract,” the island nation’s President Tsai Ing-wen said in a meeting of the ruling Democratic Progressive Party.

Taiwan is keeping vigour against the Chinese Communist Party and helping the world democracies to deal with Beijing. China’s tech companies are dying due to a lack of semiconductors, which are the most essential part of consumer electronics and technology equipment. First, the US cracked down hard on China’s semiconductor industry and now the island nation of Taiwan is choking the Chinese tech industry by blocking Xi Jinping’s semiconductor push.

Taiwan’s Labour Ministry is pushing back against Beijing’s attempts to poach Taiwanese talent in order to steal the island nation’s superior semiconductor technology. Xi Jinping’s plans of using industrial espionage and talent-poaching in order to offset the semiconductor shortfalls are thus being foiled by Taipei.

According to Tsai Ing-wen, unlike this time, Taipei had previously “smoothly” ordered injections from AstraZeneca in the United Kingdom and Moderna in the United States. This is the first time that Taiwan has directly accused Beijing of impeding a contract with BioNTech, according to the South China Morning Post. Taiwan Health Minister Chen Shih-Chung told a daily news briefing the government had signed and sent back a “final contract” agreed with BioNTech (22UAy.DE) after months of negotiations, and the two sides were on the verge of issuing a press release on Jan. 8.

“BioNTech wrote us a letter four hours later, strongly recommending that we alter the word ‘our country’ in the Chinese version of the press release,” Chen stated. On the same day, the government agreed to change the term to “Taiwan,” he added. BioNTech informed Chen’s administration a week later that the deal would be delayed owing to a “revaluation of global vaccine supply and modified timetables,” according to Chen. He went on to say, “It’s crystal evident to me that the contract was finalised. Within the contract, there are no issues. The issue has nothing to do with the contract,” he added, without going into much detail. BioNTech declined to comment when contacted by Reuters.

It is really disheartening to see the world turning a blind eye to the very country that raised the alarm for the pandemic and supported the international community through thick and thin. Taiwan helped the world when it needed it the most but an ungrateful world has abandoned Taiwan as it battles a severe COVID outbreak