Taiwan deals a major blow to Jinping’s semiconductor push, bans all recruitment for jobs in China 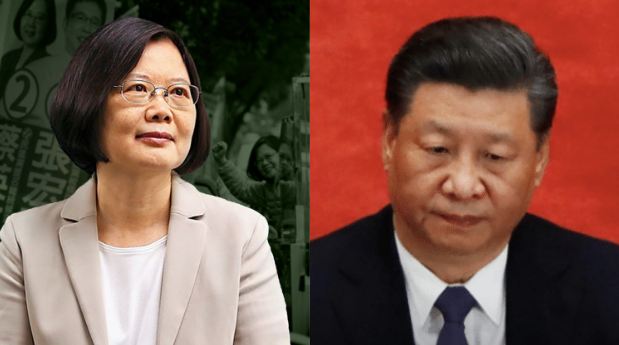 China’s tech companies are dying due to a lack of semiconductors, which are the most essential part of consumer electronics and technology equipment. First, the US cracked down hard on China’s semiconductor industry and now the island nation of Taiwan is choking the Chinese tech industry by blocking Xi Jinping’s semiconductor push.

Taiwan’s Labour Ministry is pushing back against Beijing’s attempts to poach Taiwanese talent in order to steal the island nation’s superior semiconductor technology. Xi’s plans of using industrial espionage and talent-poaching in order to offset the semiconductor shortfalls are thus being foiled by Taipei.

According to Nikkei Asia, Taiwan has asked staffing companies to remove all listings for jobs in China. This is a deliberate move by Taipei to avoid outflow of Taiwanese talent to China. The special focus however is on critical industries, like integrated circuits and semiconductors.

Taiwan’s Labour Ministry issued a notice that stated, “Due to geopolitical tension between the U.S. and China, China’s semiconductor development has suffered some setbacks and as a result China has become more aggressive in poaching and targeting top Taiwanese chip talent to help build a self-sufficient supply chain.”

Taiwan understands that with no supply of American semiconductors, China is compelled to look for Taiwanese engineers in a desperate bid to develop its own semiconductor industry. However, Taiwan is very clear about imposing fines on recruitment platforms and headhunters, if they help or represent any company in hiring efforts for work in the People’s Republic of China.

Also, the Taiwanese Labour Ministry notice added, “If the recruitment involves semiconductors and integrated circuits, the penalty will be even higher.” Citing the Ministry notice, 104 Job Bank, the biggest recruitment platform in Taiwan asked its clients to “please close your job vacancies in China as soon as possible to avoid violating the regulation.”

The new rules apply to everyone including Chinese companies, foreign companies and even Taiwanese businesses such as iPhone assemblers Foxconn and Pegatron.

A 104 Job Bank spokesperson said that even companies like Foxconn “will also have to remove all of their job listings on the platform first, and then put them back on under their Chinese subsidiaries, which are already approved by Taiwan’s Investment Commission for operating in China.”

Taipei understands how Communist China works, and how a desperate Beijing would latch upon any opportunity to steal Taiwanese technology. In a report to the Taiwanese Parliament, Taiwan’s National Security Bureau said, “The Chinese Communists’ orchestrated theft of technology from other countries poses a major threat to democracies.”

The report added, “The aim of the Chinese Communists’ infiltration into our technology is not only about economic interests, but also has a political intention to make Taiwan poorer and weaker.”

Taiwan’s Economy Ministry too has specifically warned about how China was trying to boost its own semiconductor industry by “poaching” Taiwanese talent and obtaining “our country’s industry’s commercial secrets, to harm the country’s competitiveness”.

Taipei has therefore made a swift manoeuvre aimed at protecting itself from China’s economic warfare in the tech sector. This is bound to have some major repercussions on China’s tech industry, which would now be reeling under the latest setback inflicted by Taiwan.

Duterte’s anti-China statements are just for optics, and this could result in his party’s ouster in the next elections