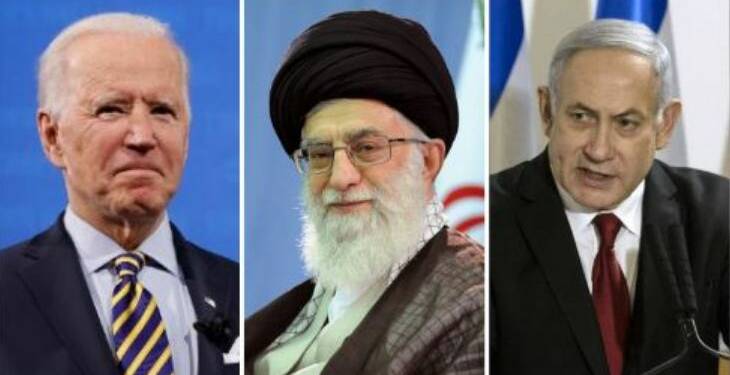 The coalition politics in Israel is bound to have major high stake ramification for the middle east as a region, and the fact that Netanyahu is momentarily out of the highest decision-making position in Israel will give Joe Biden the opportunity to bring new Israeli leadership into his corner when it comes for Israel’s support for making Iran Nuclear Deal a reality. Barring last-minute unforeseen circumstances, Yamina leader Naftali Bennett will announce in a meeting with his faction on Sunday that he has agreed to form a coalition government with Yesh Atid head Yair Lapid, sources in the faction who spoke to Bennett told The Jerusalem Post on Saturday night.

Bennett informed Yamina No. 2, MK Ayelet Shaked, that if her efforts to establish a right-wing coalition fail before the meeting at 10 a.m. on Sunday, he will announce his entry into the new government, according to Walla news. On Friday, Bennett notified Lapid of his choice. Bennett would stay as prime minister until September 2023, following which Lapid would take over until November 2025, when Bennett’s term would end. However, sources in Yamina claim that several disagreements with Yesh Atid remain unresolved.

A potential roadblock to talks between Iran and the US on the future of the nuclear deal had been cleared after the UN nuclear inspectorate said it had won Iran’s agreement to return to Tehran to hold focused talks on doubts over the veracity of the country’s previous declarations about its nuclear sites. This came after Tel Aviv was discussing a possible military alliance among the Abraham Accord countries and the possible participation of Saudi Arabia too. Tehran realised that any further escalation than it has already done would unite the whole Middle East against Iran entirely. At that time, it was the political astuteness of Netanyahu that created a situation where Joe Biden could not pursue the nuclear deal, however, if Netanyahu is no longer in office, it will make the situation feasible for Joe Biden and the democrat led the USA to go ahead with the deal.

Read more: Iran backs off under fear of the Israel-Arab alliance’s rising strength to end its nuclear deal dreams

By Monday, the final coalition agreements will be finalised and submitted to the Knesset. The swearing-in ceremony might happen as soon as Wednesday, but Lapid has a week from the time he informs President Reuven Rivlin that he is able to form a government to bring the cabinet to a vote of confidence in the Knesset.

MKs and other candidates in Yamina who oppose forming a coalition to replace Prime Minister Benjamin Netanyahu will be asked to resign by Monday in order to be replaced by a candidate who will vote in favour of the government because a majority requires the support of at least six of Yamina’s seven MKs. In such a scenario, it will make it easier for Joe Biden to succeed with the Iran Nuclear Deal making it difficult for Arab and other Middle Eastern allies to co

By selling attack drones to Ukraine and Poland, Turkey is dangerously provoking Russia and Putin’s reaction will be fierce