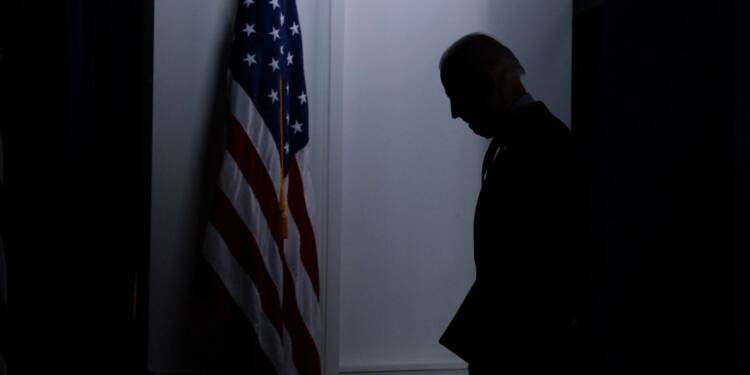 Joe Biden has become the definition of falling short of his promises. He had made many lofty promises and since his ascension has only let down the people who have believed in his words. As per the Asia Times report, Some of President Joe Biden’s most active boosters in Southeast Asia have joined forces, demanding the US State Department vaccinate all American expats in Thailand as a model for international distribution, instead of discriminating against them.

The chair of Democrats Abroad in Thailand, Paul Risley made a very emotional plea to Joe Biden and his administration regarding the vaccination of the expats abroad. He said, Biden has publicly announced that all Americans now have access to vaccines, but the government and State seem to have forgotten about us Americans living abroad, adding that they are chopped liver?

“These are vaccines, offered for free to all in the US, and most of them have been manufactured with taxpayer dollars.” Some worried American expats plan “to fly back to the US, costly and risky travel that might bring variants back to the US,” Risley said. While the Democrats consider themselves and brand themselves as progressives and comparatively internationalists, however, when it comes to caring for the expat US community, all these branding and claims go bust.

It is not the first time Joe Biden has fallen short of his promises, at TFI, we had reported 11 such promises and including this, it takes the tally to 12. In the domestic realm, as per news report, White House officials have left key Biden campaign promises on health care out of their coming budget proposal, as the administration focuses on trying to pass what it has already introduced, according to four people briefed on the internal matter. For the first two of the 11 promises the budget will not include President Biden’s campaign pledge to enact a public option to create a government-run health insurance program, or his pledge to cut prescription drug costs, the people said. Thus, for a person who is not able to keep promises made to the domestic population, how can it be expected of him to care for the expats.

Read more: From prescription drugs to Nord Stream 2: 11 promises that Biden made to America and broke in less than four months.

“We have not historically provided private healthcare for Americans living overseas, so that remains our policy,” White House Press Secretary Jen Psaki told reporters in May. The State Department had said in December what could only be termed as a tasteless joke, “If a US citizen wants to return to the United States, but does not have access to sufficient funds for the cost of the ticket, the Department of State is able to offer a loan to cover the cost of a flight home.” The State Department answered, “We urge US citizens traveling, or resident abroad, to make their own arrangements regarding their medical care.”

The State Department said on April 16 that it has sent immunizations to 220 American embassies and consulates throughout the world for diplomats and other workers, according to Reuters. On May 6, Democrats Abroad and its arch-rival Republicans Overseas Thailand, as well as the Veterans of Foreign Wars Post 12074 and the American Women’s Club of Thailand, signed an unusual united petition to Secretary of State Antony Blinken.

It took years for Xi Jinping to grab New Zealand, Australia has undone all his efforts in just weeks