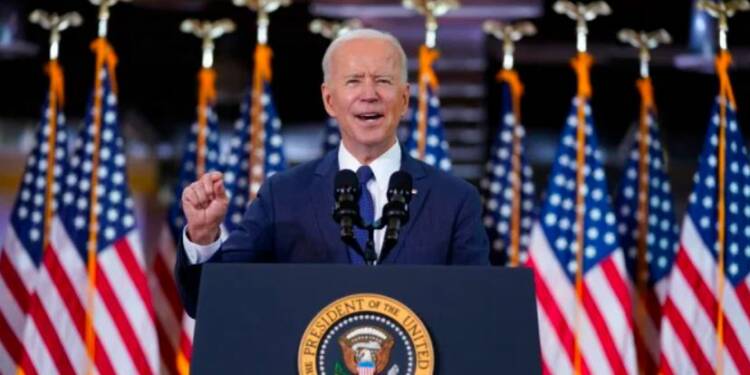 The Biden administration is fraught with failures, but it is hard to see given the solid narrative building the mainstream media is doing for him. However, we will let you in on the fact that within four months, Joe Biden and his administration have broken in total eleven promises which he earlier made to America and which were celebrated by the propaganda media, which range over domestic and foreign policy realms.

In the domestic realm, as per news report, White House officials have left key Biden campaign promises on health care out of their coming budget proposal, as the administration focuses on trying to pass what it has already introduced, according to four people briefed on the internal matter. For the first two of the 11 promises the budget will not include President Biden’s campaign pledge to enact a public option to create a government-run health insurance program, or his pledge to cut prescription drug costs, the people said.

Basically, he has given up on most of the policy promises that connected him with the working class and the students, that is, the very people who tipped the balance of a competitive election into his favour. The bold Biden campaign promises, such as raising the estate tax and writing off large sums of student debt, are also likely to be left out of the proposed budget proposal, according to the people familiar with the issue. The budget will be released at the end of the week.

In the arena of Foreign Policy, he had also made many promises, ranging from him continuing the opposition to Nord Stream 2 and to punishing the crown prince of Saudi Arabia, Mohammed bin Salman. However, as things stand, he has silently given up on both of them. Axios reported that as per two sources briefed on the decision, the Biden administration will waive sanctions on the corporate entity and its CEO Matthias Warnig, a Putin associate, overseeing the construction of Russia’s Nord Stream 2 pipeline into Germany.

On the other hand, in early March, days after declassifying the US intelligence report claiming that Saudi Arabia’s Crown Prince Mohammed bin Salman approved an operation to “capture or kill” Jamal Khashoggi and then promising big action, the Biden administration backtracked on its intentions of punishing MBS. Biden earlier mentioned that a big decision would be taken but came up with the idea of sanctions on the people who have committed the crime, leaving behind any action on MBS and understandably so.

Read more: The threat of a united Middle East and the fear of being expelled from the region altogether makes Biden pull back from his “Attack MBS” plan

Another issue for which the whole Democratic Party and their loyal media cornered the Trump Administration was children detention centres for the children coming illegally from the southern borders. However, the centres are still in operation, just the press coverage has vanished. As per the late March BBC report, The Biden administration has said it will open additional facilities for migrants after images from a detention centre in Texas showed children huddled together in crowded makeshift rooms. The Texas site, a government-run tent city in Donna at the US-Mexico border, is reportedly housing 1,000 people. The photos were the first to show conditions at such facilities since President Joe Biden took office.

He has gone back on his promise to send out $2,000 stimulus checks in the process to ease the economic onslaught that the pandemic brought and a way to increase consumption too. And also, his promise to establish a national commission on policing, which was a popular policy promise in the backdrop of the protest of last year.

In addition to all of this, he has also very cleverly stepped away from not raising any taxes on anyone making less than $400,000 per year. As the second proposal contains several increases on individuals and households, notably raising the top personal income tax rate to 39.6% from 37%. That means the federal taxes will be offset by the increased payments at the pump, at the grocery store, higher home utility costs, higher building and supply costs and state and local taxes.

And lastly, he had promised to end the use of standardized testing in schools, which has also not seen the light of the day. However, all these things have been brushed aside by the loyal media and analysts.