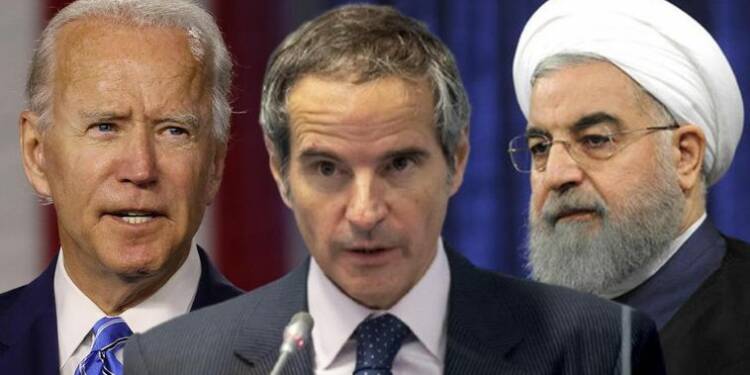 Iran has been for the longest time since the coming of Joe Biden has been punching above its weight, and this overconfidence in the ability to arm-twist the USA to gain the most favourable deal can turn out to be its unbecoming. While Iran is trying to increase its bargaining powers, it has simultaneously increased its stockpile of nuclear material and is continuously enriching Uranium. However, Iran’s fudging of nuclear information has effectively derailed the Iran nuclear deal given other countries will not find it any more useful to pursue the deal.

Since late February, when Iran began barring outside inspections of its facilities, the UN’s nuclear watchdog has been unable to obtain data critical to monitoring Iran’s nuclear programme, according to the agency. Since February 23, the International Atomic Energy Agency (IAEA) has “not had access to the data from its online enrichment monitors and electronic seals, or had access to the measurement recordings registered by its installed measurement devices,” according to a confidential document distributed to member countries and seen by the Associated Press.

In the face of such developments and the attitude that Iran is portraying, it is highly unlikely that the nuclear deal will see the light of the day. And as a matter of fact, if the United States, led by Joe Biden does indeed gift Iran with a nuclear deal, Mossad will make it a life mission to destroy all Iranian nuclear sites and assets – because that would be the only way to secure the Israeli nation and Jews. Mossad’s attacks on Iranian assets will continue irrespective of who runs the government in Tel Aviv. Mossad knows very well how the primary motive of the Iranian regime is to annihilate Israel and remove it from the world map.

Rafael Grossi, the director-general of the IAEA, said: “We know that something happened here. There is no way around it. We have found this. There was material here. When was this? What has happened with this equipment? Where is the material? They have to answer.”

Iran’s failure to provide convincing explanations for traces of uranium found at two undeclared locations, according to the UN’s nuclear inspectorate, is “a serious problem” that is undermining the country’s credibility, the UN said last week. He said his role was to convey the technical facts, not to issue an ultimatum to Iran to explain the reason for the unexplained uranium found at three facilities, one of which Iran claimed was a carpet cleaning operation.

Three months ago, Britain, France and Germany had scrapped the IAEA’s plan to criticise Iran for not fully explaining the origin of the particles. The three countries only relented when the IAEA chief announced new talks with Iran

In the IAEA report, the agency for the first time released estimates of Iran’s nuclear stockpile rather than precise figures, saying that as of May 22, Iran’s total enriched uranium stockpile was 3,241 kilograms (7,145 pounds), up about 273 kilograms (600 pounds) from the last quarterly report.

The IAEA said it could only provide an estimate of Iran’s nuclear stockpile as the country enriches uranium at a much higher level. The IAEA’s latest report leaves Britain, France and Germany with a decision on whether to revive their push for a resolution criticising Tehran, which could undermine the talks to revive the deal. Thus, going ahead these countries would find it hard to sell the probable nuclear deal given the state of Iran’s actions and its intentions.