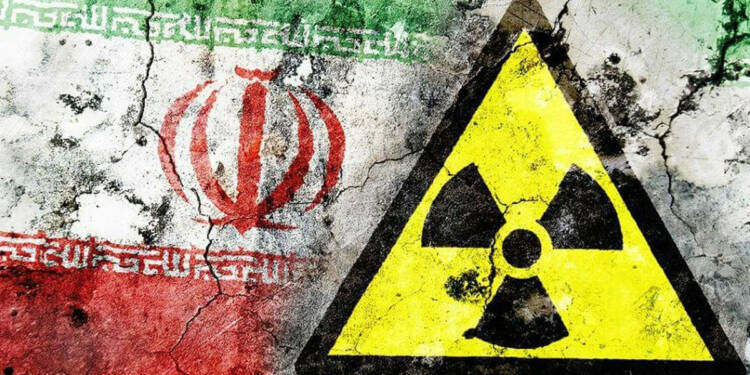 Iran is rejoicing the purported exit of Benjamin Netanyahu from the Israeli Prime Minister’s office. Tehran would naturally be of the earnest opinion that with the departure of Benjamin Netanyahu – a former military commando and a staunch Jewish nationalist, Iran’s good old days of nuclear proliferation would be back. However, the Shi’ite nation is in for a big surprise – as Israel’s onslaught on Iranian nuclear ambitions and operations will continue till the moment Tehran does not abandon its nuclear programme completely. Outgoing Mossad chief Yossi Cohen has spoken to the same effect.

The outgoing head of the formidable Mossad spy agency at a ceremony in central Israel on Sunday said, “Activity against the Iranian regime must be stepped up so that it understands that crossing the lines will cost it immense damage.” Yossi Cohen added, “To succeed we need leadership and courage, willingness to act…Today’s security operation is no less important than tomorrow’s war.”

The message by the exiting Mossad chief is very important for Iran to hear. It is an open declaration of how Mossad’s operations against Iran will not stop, irrespectively of who assumes political power in the Jewish nation. Benjamin Netanyahu’s legacy will remain forever, and he will, as a matter of fact, be back in office sooner than many expect. In the meantime, those who will come to assume power in Israel will be committing political suicide if they do so much as think of deviating from the Netanyahu-era security outlook and policy.

And even if such momentary leaders do commit political suicide by compromising Israel’s security policy, Mossad is a formidable and largely autonomous agency driven by an unmatched zeal to protect Jews and their historic homeland. Mossad is an empowered agency, which has not shied away from defying the tallest political leaders of Israel in the past. As a matter of fact, Mossad is an unmatched and by far the best intelligence and clandestine agency of the world, and for Iran to think it would stop its operations against Tehran’s nuclear programme any time soon would be a large indicator of the Mullah regime’s infantilism.

As a matter of fact, if the United States, led by Joe Biden does indeed gift Iran with a nuclear deal, Mossad will make it a life mission to destroy all Iranian nuclear sites and assets – because that would be the only way to secure the Israeli nation and Jews. Mossad’s attacks on Iranian assets will continue irrespective of who runs the government in Tel Aviv. Mossad knows very well how the primary motive of the Iranian regime is to annihilate Israel and remove it from the world map.

Faced with such an enemy, it would be unrealistic for Mossad to simply become a mute spectator as Iran launches unprecedented offensives against the Jewish nation in the absence of Netanyahu. Since the Iranian revolution of 1979, the regime in Tehran has wanted nothing more than the destruction of the Jewish homeland of Israel.

The eleven-day Israel-Gaza war has further motivated Mossad to do everything in its power to protect the nation-state of Israel. For Israel, the battle is that of existence, and now is the time to fight. If Mossad lets its guard down at this moment or decides to mutely spectate from the galleries, it would effectively be digging Israel’s grave, and the agency knows this very well.

In the past two months, Israel has struck Iran and its strategic assets at least four different times. Israel attacked an Iranian shipping vessel with its mines, and it was then discovered that the ship was weaponised and mostly used by the Iranian Revolutionary Guard Corps (IRGC). Then came the attack on the Natanz nuclear facility, where the new and advanced centrifuges installed by Iran started operating just hours before a blackout and electrical fault struck the site, taking Iran’s nuclear programme back by at least nine months.

Read more: Blackout in Natanz, attack on Iranian Ship and the accident of a top Iranian official: Israel’s three back to back attacks on Iran

Israel also seems to have been involved with Behrouz Kamalvandi, a spokesman for the Iranian Atomic Energy Organisation, meeting with a rather extreme accident, while travelling to Kashan to visit the Natanz facility. Last year, in a huge setback to Tehran’s nuclear programme, Mossad reportedly assassinated Iran’s chief nuclear scientist Mohsen Fakhrizadeh. Earlier in May, meanwhile, a massive fire broke out in Iran’s southwestern city of Bushehr near the Islamic Republic’s only functioning nuclear power plant. This fire too can be attributed to Israel’s dedicated intelligence agency.

Cyber-attacks, fires, electrical faults and outages apart from assassinations are the hallmark of Mossad’s action against Iran and its nuclear interests and assets. With a change in the political guard in Tel Aviv, rest assured, Mossad is not going on a vacation mood.