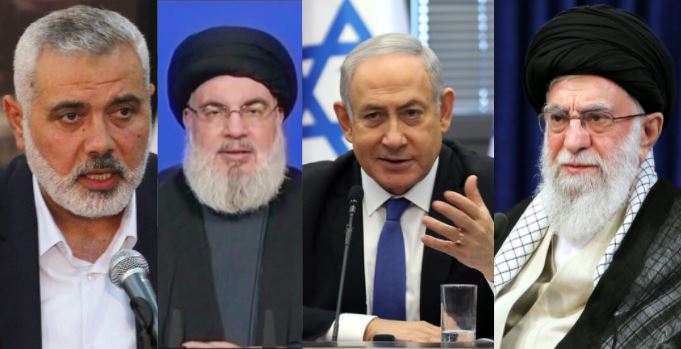 The eleven-day war between Israel and Hamas was not just that. Instead, Israel was fighting Hamas, Hezbollah and even Iran simultaneously, despite which the Jewish nation was able to score a spectacular victory over the supremacist Islamist forces. We, at TFI, have been explaining from the beginning of the most recent Israel-Hamas conflict that Iran has a big role to play in all that has been panning out in the historically Jewish region. Now, it has been established the Shi’ite nation was indeed directly collaborating with its front organisations like Hamas and Hezbollah to attack innocent Israelis.

According to the editor-in-chief of a Lebanese daily affiliated with Hezbollah – Ibrahim Al-Amine, Iran’s Islamic Revolutionary Guard Corps (IRGC) and Hezbollah coordinated with Hamas on the recent fighting in Gaza between Palestinian terrorists and Israel.

As per the Times of Israel, during the 11-days of fighting in the Hamas-ruled Gaza Strip, officers from the IRGC, Hamas and Hezbollah set up a joint military operations centre in Beirut. The commander of the IRGC’s overseas Quds Force, Esmail Ghaani, visited the operations centre twice during the military hostilities

Nobody would have batted an eye had the Hamas, Hezbollah and their godfather – Iran merely set up a “joint operations centre” in Beirut. What has, however, caught the public eye is the fact that pro-Hezbollah Lebanese daily Al-Akhbar claimed the terror organisation had sent weapons and ammunition to Gaza and “moved a number of Palestinian resistance officers out of the Strip during the aggression.”

Additionally, drones were used to prevent Israel from springing an “ambush” on terror operatives along the border. The report added that various Palestinian factions were also provided with data on the movements of Israeli forces. Earlier, the leader of Hamas in Gaza – Yahya Sinwar had said there was “full coordination between the resistance in Lebanon and resistance in Gaza.”

Read more: Hamas, Hezbollah, Quds head and much more: There are enough proofs to safely declare that an Iran-Israel war has officially begun

In an anti-semitic remark and warning to all Jews, Esmail Ghaani – commander of the IRGC’s overseas Quds Force said, “I’d advise all Zionists to go back and repurchase the houses they have sold in Europe, the US and elsewhere to come to the Palestinian territories before the houses become more expensive than today.”

If seen in the proper context, the Israel-Hamas war was a litmus test for the Jewish nation’s capabilities to protect itself. Iran primarily, via its proxy – Hamas wanted to gauge the sort of capabilities Israel has as of this day to defend itself. Much to Iran’s disappointment, not only has Israel protected itself but has, in fact, devastated Hamas. The recent Hamas-initiated war is the handiwork of Iran. The Shi’ite nation wanted to test and have a look at the kind of firepower which Israel harbours as of this day.

As for the coordination between Hamas and Hezbollah, even the speeches of their leaders are being coordinated these days. Two speeches delivered at almost the same time — one in Beirut and one in the Gaza Strip by the Hamas’ Gaza leader Yahya Sinwar and the other by Hezbollah’s Nasrallah respectively have cemented beliefs in Tel Aviv that the two terror outfits are collaborating with each other in a greater fashion.

The assessment is that the eleven-day war between Israel and Hamas would perhaps be the final conflict which the Jewish nations fights on one front at a time. Here on, during all conflicts, multiple fronts will be opened against Israel, especially if Iran is gifted with a nuclear deal by the United States under Joe Biden. A left-wing government purportedly coming to power in Israel soon does not help the Jewish nation’s cause in any manner.