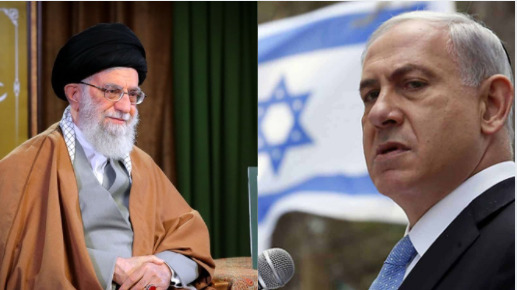 An intense conflict has broken out between Hamas and Israel, with the Gaza-based terror group launching a flurry of rockets into Israeli territory, and the Jewish nation responding with disproportionate force. Yet, this may not be just any other Israel-Palestine conflict.

For an average observer, it might seem like a sudden escalation in tensions between Israel and Palestine. But a bigger force seems to be at play here. Yes, we are talking about Israel’s biggest enemy- Iran. And this is not just a mere hunch. Iran. In fact, while the world was concerned about hundreds of rockets into Israel, three rockets fired towards Israel from Lebanon got overshadowed by all the noise near Gaza.

The three rockets that were fired from Lebanon caused no injuries. In fact, they landed in the Mediterranean Sea. Yet, these three rockets carried a lot of importance. It showed that Iran’s Islamic Revolutionary Guard Corps (IRGC) could be silently orchestrating the attacks on Israel. This could as well mean that the Israel-Iran war has officially begun.

The fact that some rockets were fired from Lebanon, amidst growing Israel-Palestine tensions points at the possible opening of a new front on Israel’s northern border. The geopolitical situation in the highly volatile region could, thus, be getting even more dangerous.

At the outset, any use of Lebanese soil to attack Israel suggests an involvement of the Iran-backed Shia militant group, Hezbollah. The Shi’ite militant group remains influential in Lebanon. However, till now, the Israel Defense Forces (IDF) have not indicated the involvement of any group, whereas AFP reported that two sources close to Hezbollah have denied any link of the Shi’ite organisation to the latest rocket attack.

But the bigger question is- who would attack Israel from Lebanese soil. It has to be either Hezbollah or Hamas, unless the attack was a sporadic assault carried out by Palestinian refugees. In the present circumstances and the escalation of tensions between Hamas and IDF, it is highly likely that the rocket attack from Lebanon was the handiwork of a bigger organisation instead of the unorganised Palestinian refugees.

Anyhow, some Twitter handles have speculated that Quds Force chief Esmail Qaani is visiting Lebanon in the present turbulent times. Interestingly, the Quds Force serves as the external wing of the IRGC. The Quds Force has spent many years in funding, training and supporting Hezbollah, so as to create a militia network in Israel’s neighbourhood.

One such user tweeted, “The head of #IRGC Esmail Qaani is in #Lebanon according to media sources.”

“ The head of #IRGC Esmail Qaani is in #Lebanon according to media sources” https://t.co/Ayg5YrAopM

Tweets about the presence of Qaani visiting Lennon are unverified. But if he did visit Lebanon, there can be only two purposes- either meeting the Hezbollah leadership or meeting the Hamas leadership. Iran funds Hamas and maintains strong ties with the anti-Israel terror group in spite of its Sunni affiliation.

Yet, presently, Iran faces a paucity of venues for meeting Hamas commanders because of the blockade imposed on the Gaza Strip by Egypt and Israel since 2007. Syria too is not a safe venue, especially because the IDF has a history of striking Iran-linked targets in the war-torn country. So, the only safe venue for a Quds-Hamas meeting is Lebanon.

Read More: Even Israel-hater Obama considered Hamas a terrorist organisation, but for Biden the story is very different

It also seems difficult to digest that the increasing Israel-Palestine tensions, rocket attacks from Lebanese soil and speculations of Esmail Qaani’s Lebanon visit are unrelated events. After all, the Iran-Hamas-Hezbollah linkage is too big a factor to be denied casually.

Meanwhile, Israel is also not showing any signs of backing off. Prime Minister Benjamin Netanyahu has warned that the Israel-Gaza fighting will take time to end. The Jewish nation has also rejected a true offer made by Hamas. Israel might be facing an all-out attack from a galaxy of Iranian proxies, but it will drill out of what seems like a long-drawn conflict in the region. This could as well mark the beginning of what could officially be called the Israel-Iran war.