As Israel and Hamas fought each other, Iran quietly tested Israel’s firepower. The results were frightening 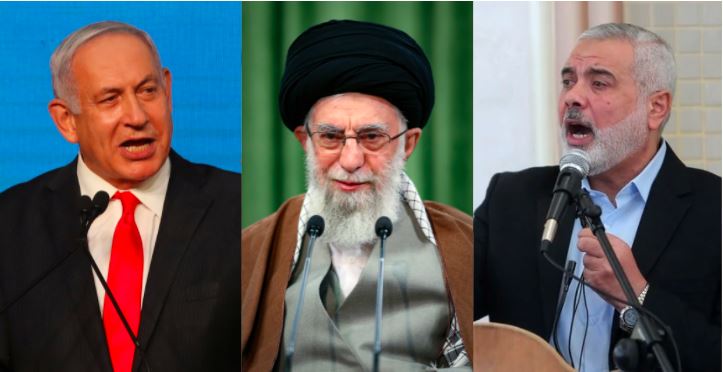 The recent Israel-Hamas war, which lasted eleven days and was brought to halt by a fragile ceasefire has proven how Israel Defence Forces continue to maintain a significant upper hand over the Iran-backed terror group. If seen in the proper context, the Israel-Hamas war was a litmus test for the Jewish nation’s capabilities to protect itself. Iran primarily, via its proxy – Hamas wanted to gauge the sort of capabilities Israel has as of this day to defend itself. Much to Iran’s disappointment, not only has Israel protected itself but has, in fact, devastated Hamas.

Iran believed that if only it could cripple Israel through Hamas, it could bargain with the US to drop the sanctions on it. But Hamas has been pounded like never before. Now too, although a ceasefire is in place, one misstep by Hamas would lead to Israel resuming its bombing over Gaza, and might even roll in its ground troops into the strip this time around. Essentially, Israel has passed the litmus test laid for it by Iran with flying colours.

The recent Hamas-initiated war is the handiwork of Iran. The Shi’ite nation wanted to test and have a look at the kind of firepower which Israel harbours as of this day. Needless to say, the results of the war between Israel and Hamas have proven to be disastrous for Iran. Tehran was hoping to mount direct aggression against Israel once it secured a deal with the Biden administration. In preparation for the same, Iran wanted to know what it should expect from Israel’s side in terms of not just firepower, but also precision-strike capabilities.

Iran would have replenished Hamas and other proxy organisations with cash and weapons after securing a deal with the United States, however, Israel’s jaw-breaking response to Hamas has frightened the living daylights out of Iran. Add to that the recent statements which have been coming out from Israel, indicative of the fact that the Jewish nation has tinkered with its security policy radically.

Read more: Israel-Gaza war: Iran had the opportunity to get sanctions lifted but Netanyahu had other plans

In a ceremony marking the appointment of incoming Mossad chief David Barnea, and with many Mossad members in attendance, Netanyahu said, “The first task of each one of you is to prevent Iran from arming itself with nuclear weapons.” The Israeli Prime Minister added, “there could be a situation in which our highest goal — to guarantee that the ayatollahs don’t end the thousands of years of existence of the Jewish people — will require us to take brave and independent decisions.”

Meanwhile, Israeli Settlement Minister Tzachi Hanegbi, who is also a senior aide of Netanyahu said that Israel will stop waiting for Hamas to restock its rocket arsenal and that it would begin conducting pre-emptive strikes on the terror group. He remarked, “This is a total change of the equation. We’ve never done this.”

This is no good news for either Hamas or Iran. While Hamas has already suffered massive human resource and material damage in Gaza, Israel now threatening to conduct regular pre-emptive strikes against it makes all Iranian efforts of destabilising the Jewish nation fall apart. Add to that, much to Iran’s dismay, the United States has promised to replenish Israel’s Iron Dome air defence systems.

Iran was also testing the waters of Israeli-Arab friendship. Here too, Tehran has been made to face a setback, as the Arab world merely condemned Israel for its strikes on Gaza. It took no visible action against Israel. The statements against it were a mere formality. If Iran was checking whether the Arab world has really de-hyphenated the Israel-Palestine conflict, it would have been saddened to see that the Arab countries really have gotten bored of the ‘Palestinian cause’ bogey.

Thus, Iran has come out as a big loser in the aftermath of the Israel-Hamas war. The Jewish nation has pledged to continue targeting Iran’s military nuclear programme and there is simply nothing Tehran can do about it now.