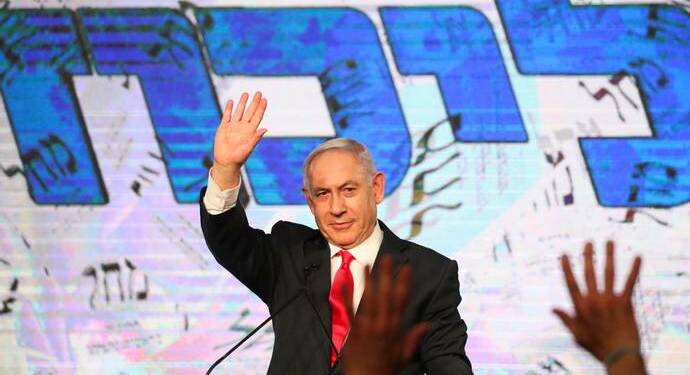 A physical brawl broke out on Sunday evening between pro-Hamas extremists and their Fatah rivals on the Temple Mount outside of the al-Aqsa mosque. The clashes have brought to light the very palpable sense of aversion and disgust which both Hamas and Fatah supporters harbour for each other. While Hamas is an Islamist terror organisation claiming to fight for the ‘Palestinian cause’, Fatah is a toned-down extremist political party dominant in the West Bank, and also in control of the Palestinian Authority.

With the recent clashes, as reported by TFI earlier, Hamas has scored a big win over Fatah in political terms, despite humiliatingly losing to Israel. Now, in a development which speaks to the strategic shrewdness of Prime Minister Benjamin Netanyahu’s government in Tel Aviv, Israeli Defense Minister Benny Gantz has come on record to say that Israel should strive to strengthen the Palestinian Authority (PA) and direct Gaza reconstruction efforts through the PA, rather than Hamas.

As per a report by the Times of Israel, the way to strengthen the PA and side-line Hamas, according to Gantz, was to bring on board as many Arab states as possible — particularly those in Gulf, as well as Egypt and Jordan — in addition to the United States and European Union. What this effectively means is that Israel is extending a formal olive branch to Fatah to take the Hamas challenge head on.

Benny Gantz said, “The most desirable change in my view is to strengthen the Palestinian Authority as much as possible, and not to let Hamas be the one that sets the agenda, not in the area of the Gaza Strip nor in Gaza itself.”

The primary reason for Hamas firing over 4,000 rockets into Israel was its desperation to seek validation from Palestinians not just in Gaza, but also in the West Bank. Its primary motive was to be perceived as the mantle carrier of Palestinian resistance to Israeli “occupation”. And it has accomplished just that. Support for Hamas in the West Bank and East Jerusalem too is on the rise. As such, Fatah and its leader, Mahmoud Abbas are faced with the prospect of losing their political clout over the West Bank. Now, however, Israel seems to be coming to Fatah’s rescue.

Between Hamas and Fatah, the latter is the lesser evil. It is not an outright terror organisation and is more of an extremist political force. Israel has extended a helping hand to the Fatah-led Palestinian Authority simply because it wants to undercut the growing influence of Hamas in the West Bank. If Hamas were to emerge as a force to be reckoned with even in the West Bank, Israel would face rocket attacks not just from the Gaza Strip, but also from the region west of the Jordan river.

Israel itself has crucial plans for the future of the West Bank. Prime Minister Benjamin Netanyahu is an open proponent of the West Bank annexation plan. Such an inevitable annexation of the West Bank would be preferably undertaken by Israel while it continues to be under the control of a Fatah-controlled Palestinian Authority. Hamas gaining power in the region works to Israel’s disadvantage.

Read more: Power, support and hammering of Fatah: What Hamas won even after losing to Israel

So, by legitimising Fatah, Israel is helping it prevent Hamas from overpowering it in the West Bank. Mahmoud Abbas is not going anywhere in the foreseeable future unless a Palestinian civil war breaks out. Therefore, Israel knows that Fatah remains the dominant force in the West Bank. As such, by saving its fortunes right now, Israel is doing Fatah a favour. Needless to say, the Jewish nation will call in on this favour when it decides to go ahead with the plan of annexing the West Bank. Then, the Fatah-led Palestinian Authority will be forced to pay its debt to Tel Aviv.

Israel is, thus, smartly using the rather glaring fault lines in Palestinian politics to its advantage.

Another phoney chip manufacturing company in Shandong, China collapses, months after another company in Wuhan duped the CCP of billions of dollars