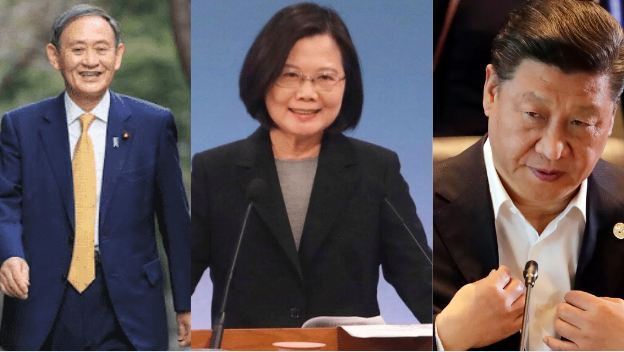 Japan and Taiwan – two sovereign, independent, democratic and free countries are coincidentally partners in facing the same enemy – China. So, it would only make sense for both Taiwan and Japan to team up and counter growing Chinese belligerence in the region. That would involve relations between the two countries in the security and military realm – and on that count, ties between Tokyo and Taipei are flourishing. However, much to China’s dismay – Taiwan and Japan are now getting economically married, and the consequences promise to be catastrophic for Beijing.

It is almost like Japan and Taiwan have established a symbiotic relationship among themselves. We are talking about the most recent development between the two countries, which could very well destroy Chinese dreams of monopolising and establishing hegemony over the global semiconductor industry.  Japan has signed off on a US$338 million semiconductor research project to develop cutting-edge chip technology in the country with the market-leading Taiwan Semiconductor Manufacturing Company (TSMC).

About 20 Japanese companies will work with TSMC on the project worth 37 billion yen. The joint public-private partnership will focus on tech for 3D chip assembly, allowing the creation of components that are more dense but still small. Japan’s semiconductor industry has been taking a hit in recent times due to the Covid-19 pandemic, and Tokyo hopes to benefit tremendously by partnering with Taiwan in the chip manufacturing business.

Japan and Taiwan are establishing a very strong relationship, and with every move made by the two partners, China’s dreams of ‘reunifying’ Taiwan with the mainland take a severe hit. In fact, Japan teaming up with Taiwan for semiconductor chip manufacturing comes in the backdrop of many other important decisions, which are bound to propel bilateral ties between the two East China Sea nations.

For instance, Japan has taken a very significant decision to mention the importance of stability in the Taiwan Strait in its next annual defence report for the first time. A draft of the crucial document read, “The stability of the situation surrounding Taiwan is important for the security of Japan and the stability of the international community.” The 2021 defence white paper will be presented to the Tokyo Cabinet in July. It was noted in the draft that the People’s Liberation Army of China had been carrying out frequent flying exercises in the Taiwan Strait.

Japanese Prime Minister Yoshihide Suga held a video conference with European Commission President Ursula von der Leyen and EU Council President Charles Michel, and a joint statement from the crucial meeting said, “We underscore the importance of peace and stability across the Taiwan Strait, and encourage the peaceful resolution of cross-strait issues.”

Recently, Taiwan accused China of blocking a deal with Germany’s BioNTech SE for COVID-19 vaccines. President Tsai Ing-wen said orders for the AstraZeneca and Moderna shots had been “smoothly” booked, however, owing to China’s intervention with Germany’s BioNTech, Taiwan was not being able to procure its Covid-19 vaccines. Japan was quick to jump to Taiwan’s rescue and is presently negotiating with AstraZeneca to supply Taipei vaccines from its own share.

China is reeling under intense pressure. Japan and Taiwan have been building their ties at a pace with which Chinese outrage simply cannot keep up. Before its very eyes, Chinese interests are being dealt a severe blow by Japan and Taiwan. Most importantly, the US and EU are also stepping up the rhetoric against China. All of this is sure to make Xi Jinping lose his sleep.

After Egypt talks sense to them, a cornered Hamas is forced to accept Israel’s prisoner swap offer