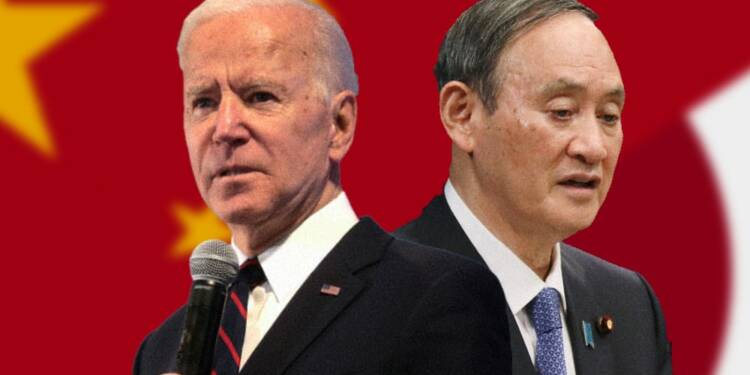 In a symbol of the US’s softening stance on Taiwan, Tokyo-based envoys from the two countries broke bread at Taipei’s de facto embassy in Tokyo, the first time ambassador-level diplomats had met there since 1979. The move follows what some observers have hailed as a new standard for US officials’ relations with self-ruled Taiwan in the midst of the US-China rivalry.

Frank Hseih, the director of the Taipei Economic and Cultural Representative Office in Japan, said on Facebook Tuesday that he had invited U.S. Embassy Charge d’affaires Joseph Young to dinner at his official residence the day before to discuss “regional peace and prosperity” and other subjects. Japanese lawmakers joined them, whom Hseih characterised as “friends.”

“We exchanged views on issues related to regional peace and prosperity,” Hsieh wrote. “This was a first, a new beginning that carried important implications for cooperation between Taiwan, the United States and Japan.”
In a tweet from his official account, Young reiterated the sentiment, which was accompanied by a photo of the two meeting. “Always good to see @Taiwan_in_Japan’s Frank Hsieh. We had another productive conversation about our shared regional priorities,” he wrote.

On Wednesday, China’s Taiwan Affairs Office, as well as Taiwan’s ruling Democratic Progressive Party, denounced the meeting. “Any intrigue involving plans (by the DPP) to rely on the U.S. to declare independence will fail,” the spokeswoman said, demanding that the U.S. side adhere to Beijing’s “One China” principle, which sees China as having sovereignty over the mainland, Hong Kong, Macao and Taiwan.

Young and Hsieh met for the second time in less than three months, after holding a working dinner at the US ambassador’s residence in early March, which was also the first in 42 years. For more than a year, the position of US ambassador to Japan has remained vacant. On Thursday, Young was also set to visit the Defense Ministry. Although it was unclear whether Taiwan would be discussed, Defense Minister Nobuo Kishi is a renowned proponent of closer Tokyo-Taipei ties.

The summit took place amid rising tensions between Washington and Beijing, with Taiwan taking centre stage in the competition between the two giants. As the Chinese military pushes deeper into the Western Pacific, endangering US predominance in the waters and perhaps jeopardising Japanese security interests, Washington views Taiwan as a significant ally and vital line of defence.

The Chinese government considers Taiwan to be an inalienable part of China’s territory, a renegade province that must be reintegrated – even if it means force. Despite the fact that it no longer technically recognises Taiwan, the US dispatched Cabinet-level officials to the island last year and negotiated a number of economic and arms deals with Taipei, including the delivery of advanced drones and strong missile systems to prevent any effort to invade the island.

The US State Department, under President Joe Biden’s administration, reinstated limits restricting diplomats’ connections with Taiwan that had been suspended during the Trump White House’s closing days but said the new protocols would “liberalise instructions on contacts” with Taipei. Young’s visit comes after a series of small steps taken by the Trump administration, including sending Taiwan’s de facto ambassador to the United States to Biden’s inauguration, to lift limitations on contact with Taipei.

According to Jonathan Berkshire Miller, a senior scholar at the Japan Institute of International Affairs in Tokyo and an international security expert, the US essentially does not want China to believe it has a veto over Washington’s diplomatic dealings with Taipei.

Read More: In hint to Biden, Japan removes the biggest barrier in its way as it gears up to take on China militarily

According to Jonathan Berkshire Miller, a senior scholar at the Japan Institute of International Affairs in Tokyo and an international security expert, the US essentially does not want China to believe it has a veto over Washington’s diplomatic dealings with Taipei. “This most recent visit to Taiwan’s de facto embassy in Tokyo pushes this point again — reinforcing a new standard for normal interactions with Taiwan,” It’s also no coincidence that the public interactions are happening through Japan, Miller said.

Tokyo has expressed concerns about the prospect of a Taiwan contingency several times in recent months and has long seen the problem of confrontation in the Taiwan Strait as a major security threat. During Biden and Prime Minister Yoshihide Suga’s April meeting in Washington, the two leaders underscored “the importance of peace and stability across the Taiwan Strait.” “The U.S. hopes to synergize efforts much more closely with Tokyo on security in the Taiwan Strait, including any contingencies,” Miller said.

The Belarus blunder: Biden is bringing a war to Europe that Europe can’t win and Biden won’t help them