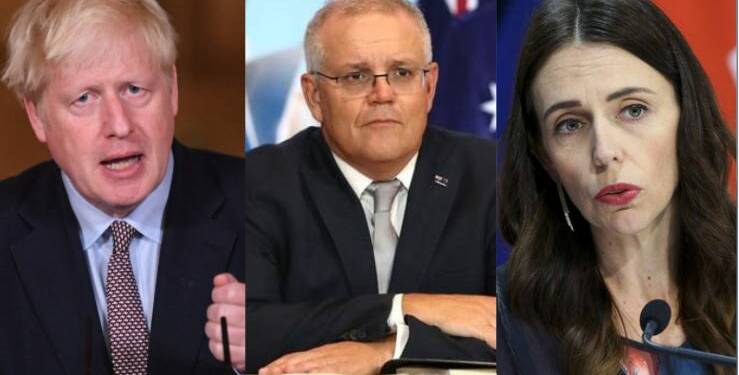 The Chinese Communist Party for the whole of 2020 and till the early months of this year, tried to shift the narrative away from the fact that Covid-19 originated in China, and to its credit, Beijing was quite successful. However, now UK investigative agencies, New Zealand and Australia are either probing or calling for an extensive probe into the origins of COVID-19, undoing all the efforts China made.

According to sources on both sides of the Atlantic, Britain’s intelligence agencies, along with other Western European security services, are aiding a new American probe into the origins of the coronavirus pandemic. The probe is focused on China’s Wuhan Institute of Virology, where suspicions are growing that the unique bat-derived virus wreaking havoc around the world and killing at least four million people may have spilled from its lab, an allegation Beijing has vehemently rejected.

The British intelligence agency MI6 is investigating the origins of COVID-19 in the Chinese city of Wuhan in coordination with similar U.S. probes, The Telegraph reported May 28. New Zealand Prime Minister Jacinda Ardern and her Australian counterpart Scott Morrison also released a joint statement on May 31 calling for China to allow an “unfettered” U.N. investigation into human rights abuses against the Uyghurs in Xinjiang as well as for another more extensive and open investigation into the origins of the coronavirus. Just recently, in a joint declaration, the two leaders expressed “deep concern over developments that limit the rights and freedoms of the people of Hong Kong”.

Ardern and Morrison also criticised China’s treatment of the Uighur Muslim minority in Xinjiang, calling on Beijing to respect their human rights and grant the United Nations and other independent observers unfettered access to the region. Regarding the World Health Organisation’s enquiry into the Coronavirus outbreak, both leaders hoped the global health body’s investigation would continue.

With the mounting facts and evidence in support of the lab leak theory, the former head of MI6 exclusively told LBC it is ‘likely’ Covid-19 leaked from a Wuhan lab, even the WHO adviser from UK Jamie Metzl told Maajid Nawaz there must be a ‘full, unrestricted’ investigation into the matter.

After the former head of MI6 exclusively told LBC it is 'likely' Covid-19 leaked from a Wuhan lab, WHO adviser Jamie Metzl tells Maajid Nawaz there must be a 'full, unrestricted' investigation.@MaajidNawaz | @JamieMetzl pic.twitter.com/ofjEyBJ0Bc

British authorities told London newspapers on Sunday that the theory that the virus escaped from the lab is “plausible” and “realistic,” reversing British intelligence’s rejection of the idea that the pandemic was caused by a lab leak for the last 18 months. Last year, several Western intelligence agencies were doubtful of the leak theory, believing it to be a remote probability.

After stopping the state dept investigation into the origins of the virus, Joe Biden seems to have woken up to the reality and smelled the coffee. The U.S. President Joe Biden instructed American intelligence agencies to investigate the leak theory and report back within three months. Biden’s order came after U.S. intelligence discovered more details about three researchers at the Wuhan lab who fell ill in November 2019, several weeks before the first identified case of the outbreak — and more than a month before China informed the World Health Organization of “cases of pneumonia” of an “unknown cause” had been detected in Wuhan.

British lawmakers are welcoming the redoubled effort to identify the origins of the pandemic. “The silence coming from Wuhan is troubling. We need to open the crypt and see what happens, to be able to protect ourselves in the future,” Tom Tugendhat, chair of the House of Commons’ foreign affairs committee said on Sunday.

All these countries and their agencies are combining their efforts to probe the origin of the COVID-19 virus, focusing on the lab leak theory. To point to the obvious, all these countries happen to be the members of the Five Eyes Alliance and with them stepping up their actions, moving away from previous divisions, CCP’s days are numbered.

CCP thrives on the divisions among the western democracies and as long as they stay divided, China efficiently pushes its narrative. However, with these western powers coming together and narrowing down on their objectives to find the reality of the origin of the coronavirus, CCP will increasingly find it difficult to explain things and as these things enter the internal politics of China, it may even start the reversal of the fortunes of Xi Jinping.