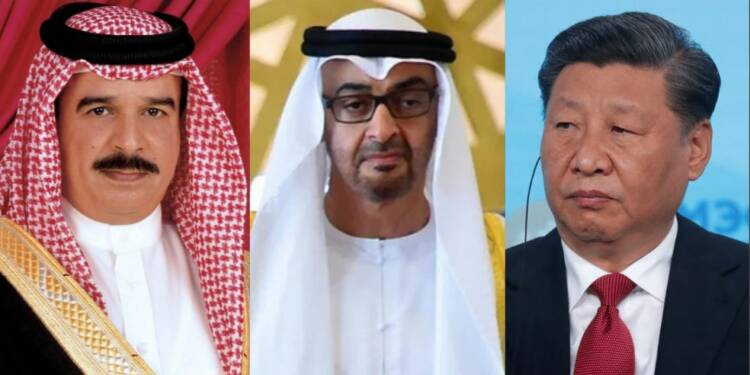 Chinese vaccines against Covid-19 do not work. Countries in the Middle East – particularly the United Arab Emirates (UAE) and Bahrain learnt this the hard way. UAE has a population of 10 million and has administered over 11.5 million vaccine doses so far. However, cases are rising in the Arab country once again – sending Emirati authorities into a tizzy. How could it be that people get infected despite being vaccinated? Since Chinese vaccines have failed to produce Covid-19 antibodies in the people of the UAE – the Arab country has now opted for citizens to be inoculated with a third booster dose of the Pfizer-BioNTech vaccine.

It was over a month ago that both the UAE and Bahrain had decided to provide a third booster shot to all people since two shots of the Chinese vaccine were simply ineffective. Realisation now seems to have dawned upon them that a third dose will be just as ineffective, which is why they are now offering the Pfizer vaccine to already fully inoculated citizens. Needless to say, both the UAE and Bahrain are annoyed with China. The UAE had completely opened its economy, but due to a rise in infections, it might have to rethink on that count.

Ineffective Chinese vaccines do not come cheap. Arab countries are anything but poor, however, they too seem irritated for having paid China exorbitant rates for vaccines which do not work. In Sri Lanka, the Chinese Sinopharm vaccine is costing the government $15 per dose. That gives us an idea regarding the amount of cash which the UAE and Bahrain might have dolled out to China, only to end up getting its citizens vaccinated with a third booster shot of the Pfizer vaccine.

China has been targeting developing nations with its vaccines and extorting them. However, by playing its dirty games in the Arab world, China has really shot itself in the foot. The Arab countries have no qualms paying a high price for the vaccines, as long as they work. Yet, by selling vaccines which are ineffective against Covid-19, China has brought its push towards the Middle East to a screeching halt.

Read more: China has zero trust in its own vaccines. It is evident from its own local policies

Already, China’s near-romantic involvement with Iran was a pain in the eye for countries like the UAE and Bahrain – which are signatories to the Abraham Accords. Now, these countries will be forced to rethink their ties with the paper dragon and recalibrate their foreign policy into one which is more pro-America. China was being entertained for so long by such countries since the paper dragon is a major importer of Arab oil.

The betrayal by China with its ineffective vaccines has been just too big for these countries to ignore. Already, the Arab world led by Saudi Arabia was sceptical about China due to its unholy ties with Iran. Now, they have been given reason enough to ensure that the paper dragon makes no headway in the Middle East. The Arab world is expected to turn to the United States, while also stepping up its ties with Russia. This directly affects China’s ambitions in the region, as both the US and Russia seek to arrest China’s somewhat growing influence in the Middle East.

With its failed vaccine diplomacy, China has emerged as a net loser in almost all parts of the world – most recently in the Middle East. Earlier, in Seychelles, a strategically located island of fewer than 100,000 people in East Africa, it was found that Chinese vaccines in no manner help a country develop herd immunity. Seychelles is the most vaccinated nation against Covid-19 in the world. The island country made a big mistake – it relied heavily on Sinopharm to vaccinate most of its citizens. The island country is now grappling with a fresh surge of infections, and restrictions have been reimposed.

There are others as well. Peru, Chile and most recently Bahrain and the UAE all made one common mistake – they relied heavily on Chinese vaccines. All these countries soon realised their folly, and are now trying to address the blunder made by them in the form of trusting China.