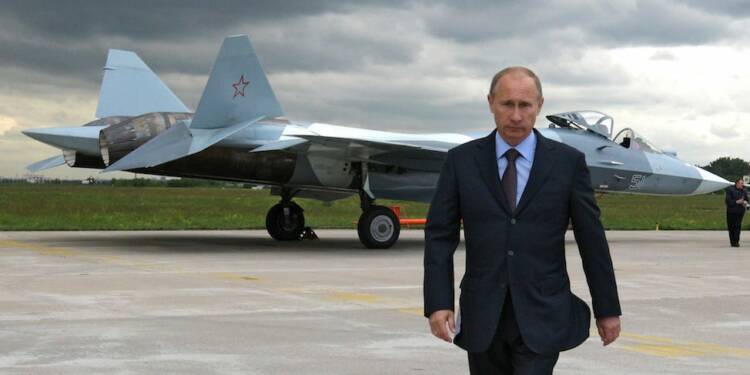 It is often said that actions speak louder than words and this is what Russia is following verbatim when it comes to its policy directions in the South East Asia region. As the first serial Su-57 models begin to roll out, Russia’s defence industry mounts a renewed push to export its fifth-generation air superiority fighter. “We are holding negotiations with several countries. We see requests and interest. Southeast Asia, four or five countries [show their interest],” CEO of the state arms seller Rosoboronexport Aleksandr Mikheyev told Russian reporters.

In the face of increased Chinese Communist Party belligerence, the South East Asian countries are looking for the means to hold on to their own. If the reports are to be believed, then Russia could be providing its stealth Su-57 fighter jets to Southeast Asian nations like the Philippines, Vietnam, Malaysia, Indonesia and Myanmar. Rosoboronexport does not appear to want to reveal which Southeast Asian countries they are currently negotiating with, as this could jeopardise ongoing negotiations. Recent precedent, however, may provide some insight into several of these “four or five” countries.

One thing the nonchalant attitude of Joe Biden towards the increasing ambitions of China has done is force the naval powers of Indo-Pacific and countries with interests in the Indo-Pacific region to take things into their own hands when it comes to dealing with Beijing. Thus, understanding the geographically advantageous placement of Indonesia as well as its capacity in the economic and military realms, these naval powers including Russia are joining hands to turn Indonesia into a formidable naval power which could take on the China challenge.

Read more: Naval powers of Indo-Pacific are joining hands to turn Indonesia into a formidable naval power to take on the China challenge

The Vietnamese Air Force is entirely made up of Soviet and Russian fighters, and the force is in the process of replacing its old Su-27 fighters. In 2019, Russian defence outlets stated that Hanoi was in talks with Moscow to buy a regiment of Su-57s (twelve units) as part of a potential $2 billion contract. Myanmar’s envoy to Russia expressed interest in securing a Su-57 import contract in 2019. Myanmar’s move from its big, but increasingly obsolete fighter lineup of MiG-29s and Chengdu J-7s to a leaner, modernised combat force could be marked by such a sale.

Russia reportedly offered to take the Royal Malaysian Air Force’s elderly and increasingly troublesome MiG-29 and Su-30MKM fighters as part of a procurement programme to buy Su-35, MiG-35, or Su-57 units as part of a trade-in arrangement. The parameters of Russia’s trade-in programme are still unknown, and Malaysian leaders have stated that they are examining the idea. With all this mounting evidence of favourable developments, Russia could be providing Sukhoi-57 fighter jets to the Philippines, Vietnam, Malaysia, Indonesia and Myanmar to take on the China challenge in the near future.