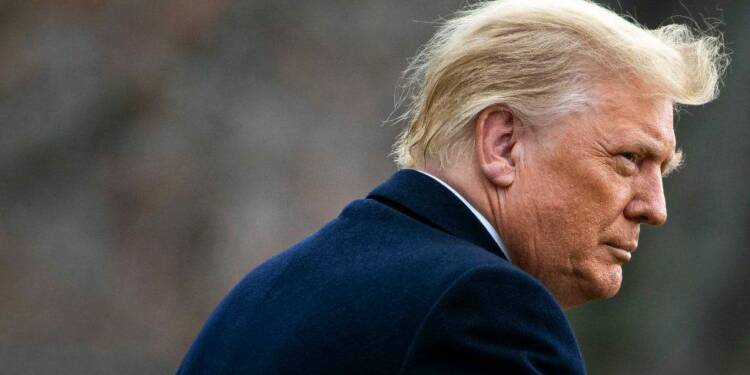 Staff members at the Democratic Congressional Campaign Committee are concerned that continuing to talk about former President Donald Trump and his impeachment will backfire on Democratic candidates in the 2022 midterm elections, according to an internal email.

The DCCC, which is in charge of protecting and expanding the Democrats’ House majority, issued a press release on Friday morning criticising Rep. Michelle Steel (R-Calif.) and her “top 10 failings” in Congress. Her decision not to impeach Trump for his part in inciting the Capitol riot on Jan. 6 was one of them.

However, the DCCC included an email conversation between workers discussing document edits at the bottom of the news release by accident. “Do we think highlighting her vote not to impeach trump is helpful?” one staffer wrote. “In midterm with him out of WH, not sure how much we want to keep highlighting him and give the Trump base a reason to turnout,” the mail said. Staffers eventually chose to keep the impeachment phrase in the press release.

It’s understandable that Democrats in swing districts might not want to focus on Trump as much as they do in liberal districts. Former Rep. Harley Rouda (D) is running to unseat Steel in 2022, according to the internal email. Steel was also dubbed a “QAnon Congresswoman” in the statement, despite the fact that she “hasn’t personally indicated support for QAnon.” An employee recommended using phrases like “divisive” or “do-nothing.”

Another DCCC employee said that they had been using that word for months, citing her objection to Rep. Marjorie Taylor Greene (R-Ga.), the most visible QAnon congresswoman, being removed from her committee assignments. The worker further mentioned that using the word for Steel was Rouda’s personal suggestion. It was included in the release as well.

The National Republican Congressional Committee happily distributed the stolen email to its own press list, claiming that it demonstrated that “Harley Rouda pressured the DCCC to intentionally spread disinformation about Michelle Steel, which they did despite knowing it wasn’t true.”

Earlier last month, TFIGlobal had also reported how the fear of Trump was giving Biden’s chief of staff sleepless nights. CNN reported that during an interview on “Axios on HBO”, Klain said, “I wouldn’t want to estimate or underestimate Donald Trump as an opponent if he chooses to run.” In the interview, the White House Chief of Staff seemed to undermine Trump, but the inherent fear of Trump retaking the US Presidency in 2024 seemed to loom large.

And that is the same case with the DCCC. They fear that taking up Trump or even speaking against him would lead to losses in the mid-term elections. Losses in the midterms would also mean that the Democrats would lose their minute majority in the Senate and Congress and thus would be unable to unilaterally propagate their left-leaning agenda.