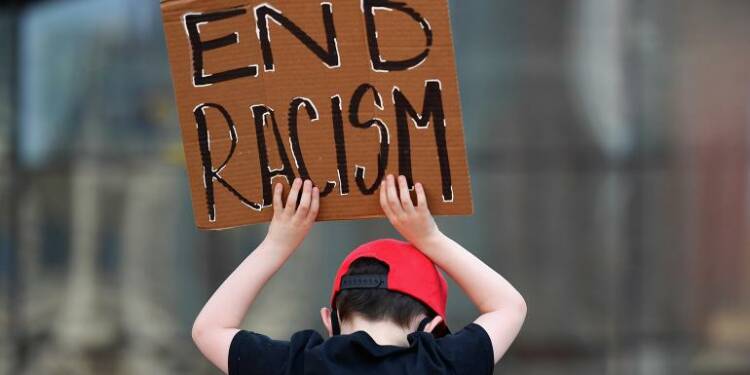 The left-liberals in the USA have combined every issue on the spectrum of Human acknowledgement as an issue of race. This was not the vision of Rev. Dr Martin Luther King Jr. He had foreseen an equitable and just America, where citizens treated each other as individuals instead of as carriers of an unspeakable race. This vision has been cast aside by the progressive left today.

People are not people, they believe, but we are our race, and anyone who rejects this view is guilty of racism. If he were alive today, King himself would be called out and targeted for reeducation from “anti-bias.” The left has transformed the race into a weapon in order to obtain control rather than to heal wounds.

In all of America’s elite institutions, the same pattern of ideological battle has been emerging. Unfounded and frequently life-altering claims of racism from the comparatively wealthy attract more coverage than the multitude of problems faced by low-income and working-class Americans of all races. From Hollywood to large companies and government agencies, the fight against racism is no longer a fight to make things right, it is a fight to push a particular agenda.

Read More: Woke USA eats its own words for Race politics as Boulder shooter turns out to be an ‘anti-Trump’ Ahmad al Issa and not a white supremacist

Racism must be resisted wherever it happens and marginalised people must be embraced regardless of who is perpetrating it or who the victims are. We must also bear in mind that “privilege” is much more nuanced than skin colour. Martin Luther King Jr. had advocated for equal rights based on these principles.

But the left-liberals do not stand up for this. The idea of liberalism and leftism has become degraded, perverted and corrupt. During an act of extreme cowardice, in the municipality of Boulder, Colorado, ten people were killed in cold blood when a Muslim Syrian immigrant called Ahmed Al Issa open fired in a grocery store. One of the victims was a police officer who had seven children. 10 different people killed, 10 different families affected. A crime of the most heinous nature and one that should not be conditioned to stereotype a race with. But that is exactly what the leftist media did.

When the news of the mass shooting in Boulder emerged, Democrats and the left-leaning media houses jumped the gun and profiled the perpetrator of the mass shooting as a “white man” even before the facts were out. Feminists, Activists, authors everyone toed their divisive political lines. Albeit to the disappointment of the left-liberals, it was found that it was a Muslim immigrant from Syria who became a naturalised American citizen and constantly followed CNN’s prime time news and had regular outbursts, some even violent because he felt he was constantly being targeted for being a Muslim, for his race.

Thus when the facts did come out, some deleted their tweets, not because they felt ashamed but because they have been caught pushing their divisive politics, but even still, some who could not accept the falseness of their claims that the perpetrator was a white man, while providing their clarification still pushed their agenda shamelessly.

Bob Woodson, an American civil rights activist from the period of Martin Luther King jr. said, “The civil rights movement was about giving everyone an opportunity to succeed and treating everyone fairly.” His fellow Civil Rights veteran Barbara Jordan once said, “Every single individual in this country is entitled to just as much respect, just as much dignity, as every other individual.” Civil rights icon and Rep.

John Lewis eloquently captured this sentiment when he stated, “Freedom is the continuous action we all must take, and each generation must do its part to create an even more fair, more just society.” The civil rights movement was about giving everyone an opportunity to succeed and treating everyone fairly regardless of race, religion or creed.

The radical leftist deep-state of the current US government is working hard on the principles of creating an atmosphere of racial inequality where it will be a crime to have a certain skin colour.

Joe Biden’s Covid-19 Relief Bill was passed in the Senate by the Democrats but none of the Republicans voted for the bill. The bill contained many contentious relief clauses, the most discriminating of which was the Emergency Relief for Farmers of Color Act and the white farmers called it institutionalised racism and protested against it.

Liberalism in the United States has become a parody of itself. The hypocrisy of the Left-liberalists values was on full shameful display during the Black Lives Matter protests. The violence in the protests was “defended and romanticized”, going to length to justify them and even comparing them to the “French Revolution”.

Read More: Black lives matter but only in America, 500 black people were burnt to death in Yemen, but no one batted an eyelid

This form of a corrupt liberal-left idea of inclusion and selective criticism which has been promoted by the Democrats has become a front for Jihadists, radicals, militants and terrorists to promote their extremist ideas under the cover of Freedom of Speech.

They have targeted the white race, demonized them and basically have put a target on the backs of the white race, criticizing them for every problem faced by the minority. This has created a deep social divide in the United States which will tear the social fabric apart. Instead of being the ‘healer in chief’, Joe Biden has become the face of the ‘divider in chief’ ruling from the white house.