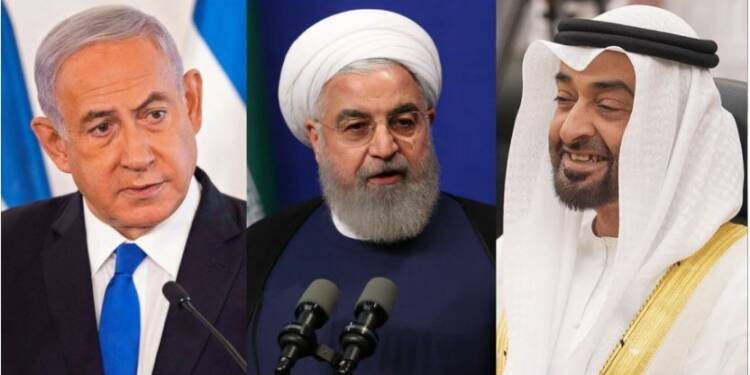 At a time when the recent Israel-Gaza war has stolen much of the focus of the world community, the Middle East is being analysed through the prism of the 11-day war alone, and many other potentially pathbreaking developments are being given a miss. Take, for instance, the rather unprecedented flow of Israeli tourists to the Yemeni islands of Socotra – at the behest of the United Arab Emirates (UAE). Abu Dhabi is also in control of the island of Socotra in the Gulf of Aden. The Emiratis have a military base on the island which is used to collect intelligence on maritime traffic in the Bab El-Mandeb and the Gulf of Aden.

Last year, it was reported that the United Arab Emirates (UAE) and Israel were working on a plan to establish a spy base in the Yemeni island of Socotra. Whether the heightened flow of Israeli tourists to Socotra – facilitated by the UAE itself is part of the operations of the said spy base is not known yet. Last Monday, Yemen’s Houthi-led National Salvation Government (NSG) in a statement said, “The transfer of tourists to the Socotra Island reveals the plans and programs of the occupying UAE, which are in line with the Zionist schemes to dominate Yemeni islands as well as the steps towards normalization with the regime.”

Effectively, the Iran-backed Houthis are rattled. Potential Israeli spies and commandoes are landing right in their backyard with the overt support of Saudi Arabia and UAE. Why else, pray tell, would Israeli tourists suddenly be interested to visit a Yemeni island? Needless to say, there is a lot more happening on the island of Socotra than meets the eye.

With Israel potentially entering the Yemen War, the scales are about to tilt decisively in the favour of the Saudi-led Arab world which is fighting it out in Yemen against the Iran-backed Houthis. Israeli involvement in Yemen will be the single most significant factor which will ensure that the Houthis are defeated and that a government of the Arab world’s choosing is installed in the crucial country.

Apart from an Israeli-Arab spy base in Socotra, what has also terrified Iran and the Houthis is the ongoing construction of an airbase on the strategically located Mayun island. Earlier this year, satellite imagery revealed that construction had started on a new runway on the volcanic island. The Mayun Island, (also known as Perim Island) is currently not claimed by any country. With the UAE building an airbase on the island – the Arab-led coalition is making fast progress in the Yemen war.

According to a recent Brookings report, both Saudi Arabia and the UAE are seeking to consolidate their strategic positions in Yemen. In controlling the Mahrah region in Yemen, Saudis have gained direct access to the Indian Ocean, with plans to build a pipeline from the kingdom’s Eastern Province to the sea, thereby avoiding dependence on the Straits of Hormuz. The UAE on the other hand, in occupying Mayun and Socotra Islands, would be in a key position to controlling the Bab El-Mandeb and the Gulf of Aden, while also gathering intelligence on maritime traffic in the region.

The Arab world was not being able to make much headway in the war of Yemen, and the Houthis – with the backing of Iran were able to pretty much overwhelm the Arab coalition led by Saudi Arabia. With Israel entering the picture, however, the tables have been turned – and the war can finally be expected to come to a decisive end.

By collaborating in Yemen, Israel and the Saudi-led Arab world are really fighting a common enemy. While Iran has made no secret of the fact that its penultimate goal remains the destruction of Israel, Tehran is also seeking to replace Saudi Arabia as the leader of the Arab world. By trying to install a proxy government in Yemen, Iran was hoping to bring several key chokepoints under its control – which would translate into Saudi oil routes being heavily compromised.

However, by bringing Israel into the picture, UAE and Saudi Arabia have shocked Iran and its proxies in Yemen. What seemed like a certain overpowering of the Saudi-led coalition in Yemen has now turned into a near-defeat for Iran. It is precisely for this reason that the Houthis have begun behaving like a headless chicken.