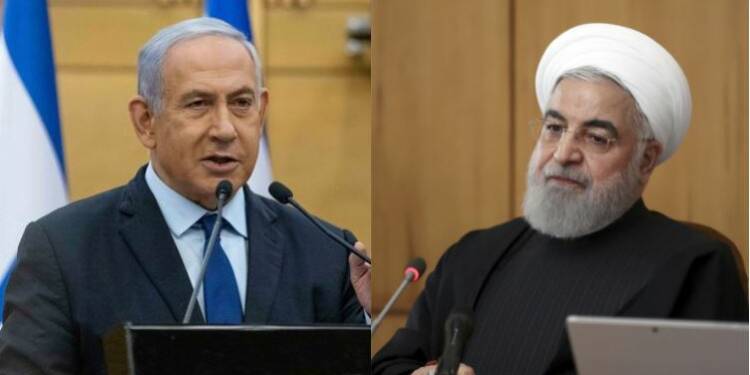 It’s all fire and fury in the Middle East. A possible nuclear deal breakthrough between Iran and the United States is reportedly just around the corner. So, Iran is all emboldened. However, Israel is repeatedly spoiling Tehran’s party by blasting just about anything it seems to be getting its hands on. Nuclear sites, oil refineries, naval warships, nuclear scientists, and now – a steel plant in eastern Iran – Israel seems to be attacking it all. Of course, none of this has been proven yet, owing to the exceptional skills of Israel’s clandestine agency – Mossad.

Israel is doing all it can to ensure that the nuclear deal revival negotiations being conducted in Vienna fail, and to that end, it is continuously sabotaging Iran’s nuclear programme and its critical assets. An explosion and fire were reported at the Zarand Iranian Steel Company in eastern Iran on Saturday night. The Iranian IRNA news reported that a large explosion occurred during the incident.

According to the Jerusalem Post, the Zarand Iranian Steel Company is part of Middle East Mines and Mineral Industries Development Holding Company (MIDHCO), which was placed under sanctions by the Trump administration earlier this year. At the time, the US Department of Treasury had said, “The Iranian metals sector is an important revenue source for the Iranian regime, generating wealth for its corrupt leaders and financing a range of nefarious activities, including the proliferation of weapons of mass destruction and their means of delivery, support for foreign terrorist groups, and a variety of human rights abuses, at home and abroad.”

In this context, for a steel plant of Iran to be targeted by Israel only makes sense as damage to the site will directly affect the Shi’ite nation’s nuclear programme – which if a nuclear deal is revived, will receive a grand propulsion. The kinds of mysterious incidents which have been striking Iran in recent weeks are fascinating, to say the least, and reek of Israeli involvement.

Last week, Iran was battered by two huge fires. The first ravaged and then sank a naval warship, the Kharg, which was reportedly the Iranian fleet’s largest vessel. The ship sank near the vital Strait of Hormuz on Wednesday after a 20-hour effort to put out the fire. The second fire broke out at a petrochemical factory in southern Tehran on Wednesday, casting a heavy cloud of smoke across the Iranian capital.

The sinking of the Kharg is the second time in the past three months that an Iranian vessel has suffered serious damage at sea. In early April, an Iranian freighter, which supported the Houthi war effort off the coast of Yemen was damaged by mines placed on its hull by Israeli commandos. Prior to this daredevil attack, an attack on the Natanz nuclear facility, where the new and advanced centrifuges installed by Iran started operating just hours before a blackout and electrical fault struck the site, had taken Iran’s nuclear programme back by at least nine months.

Iran is being battered with regular attacks. The nuclear deal revival, meanwhile, stands in jeopardy, since two Iranian navy vessels are purportedly about to cross the Atlantic Ocean, thus infuriating the United States and even an otherwise friendly Biden administration. Cyber-attacks, fires, electrical faults and outages apart from assassinations are the hallmark of Mossad’s action against Iran and its nuclear interests and assets.