The clever games of Egypt: Egypt’s entry into Gaza has put Hamas in an extremely uncomfortable position 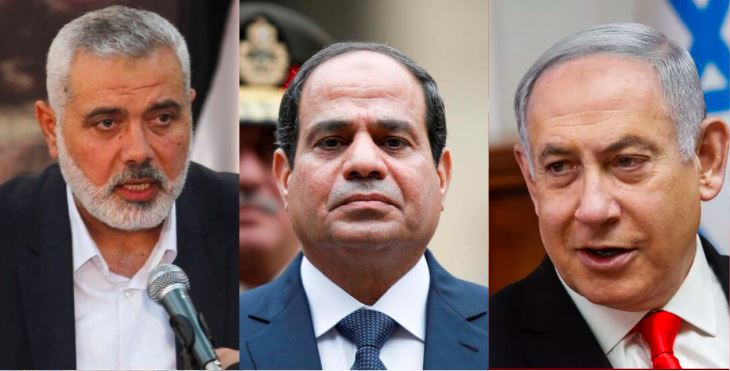 The recent skirmishes between Israel and Hamas have left the Gaza Strip ravaged. And while Gaza is desperate to rebuild itself, Egypt is making a smart move that will put Hamas in a very tight spot, while strategically bolstering Israel’s security. In fact, Jerusalem Post has reported that Egypt is contributing to reconstruction efforts in Gaza, which will make it hard for Hamas and other radical factions in Palestine to resume rocket attacks against Israel.

Egyptian rebuilding efforts in Gaza are thus adding up to its efforts to play mediator between Israel and Hamas. This also helps Cairo strengthen its strong friendship with Israel by putting its traditional influence in the Gaza Strip to good use.

As per Jerusalem Post, Palestinians are witnessing dramatic scenes of Egyptian bulldozers, cranes and trucks entering the Gaza Strip. The entry of Egyptian construction equipment is reviving the memories of Egypt’s rule over the disputed region between 1948 and 1967.

Apart from showing that it still holds a lot of influence in Gaza, Egypt is securing its regional interests apart from strengthening its allies like Arab nations and Israel. The fact remains that Egypt is presently governed by a moderate government instead of the former Muslim Brotherhood regime.

Cairo doesn’t behave like Turkey and maintains a strong friendship with Israel especially under the leadership of President Abdel Fattah Sisi. What makes Egypt even more influential is the fact that it has managed to remain a big brother to Palestinian groups despite its friendship with Israel.

Egypt did call upon both sides to show restraint during the Gaza skirmishes and it does appeal for calm, but as per sources, it has also categorically warned Hamas leader Yahya Sinwar against a fresh round of fighting with Israel.

As such Palestinian groups including Hamas do not go against Egypt and remain cooperative with Cairo. And Sisi is using this influence to avoid a fresh round of rocket attacks against Israel from the Gaza Strip.

The entry of Egyptian construction equipment into Gaza makes it all the more difficult for Hamas to target or even prepare itself to target Israel. Jerusalem Post quoted a source as saying, “It will be hard for Hamas to initiate another round of fighting with Israel when there are many Egyptians inside the Gaza Strip.”

The source added,  “If Hamas or Palestinian Islamic Jihad start firing rockets at Israel while the Egyptian construction teams are working in the Gaza Strip, the two groups will get into trouble with Egypt.” Presently, all Palestinian factions are looking to rework their power arrangement and Cairo is the one facilitating their negotiations. So, no Palestinian factions can afford to annoy the Sisi regime.

And then it is not just about rocket attacks. Egypt also told Hamas that a long term truce with Israel would necessarily involve a prisoner swap. Hamas was keen on separating prisoner negotiations from any discussions about a long term truce in Gaza. Israel, on the other hand, wants to retrieve two Israeli civilians and the bodies of two Israel Defense Forces soldiers currently held in Gaza.

Egypt is disciplining Hamas and Israel is the one that benefits from it. Cairo has its reasons to help Israel. It is doing so partly to win favour with the US and partly to bolster its own strength in the Middle East.

The US, for example, wants Egypt to secure the Israel-Hamas prisoner swap and if Cairo is able to manage this, then it will win the favour of the Oval Office.

Also, Egypt has regional ambitions like securing the Mideast pipeline project of which Egypt wants to become a part. The pipeline project is a part of Israel’s strategy to isolate Turkey in the Eastern Mediterranean. Ankara has been trying to use militant organisations in Gaza to sabotage the EastMed pipeline but Cairo’s involvement neutralises the Turkish threat.

Egypt has a significant stake in Israel’s security. Cairo has strategic plans with other Arab powers like the UAE and Saudi Arabia, as well as with the Jewish nation. Broadly, Egypt wants this alliance to tackle the Turkish threat in regions like Libya and the Eastern Mediterranean. And for this purpose, Cairo has no qualms in using its influence in Gaza and securing Israel.

The presence of Egypt in Gaza thus gets the proverbial monkey off Israel’s back. Cairo is exercising deep influence in Gaza, which really puts Hamas in an awkward position. Hamas cannot provoke Israel even if it wants to because the reconstruction efforts in Gaza are at stake. Egypt’s entry in Gaza is thus bound to make Israel happy and Hamas uncomfortable.