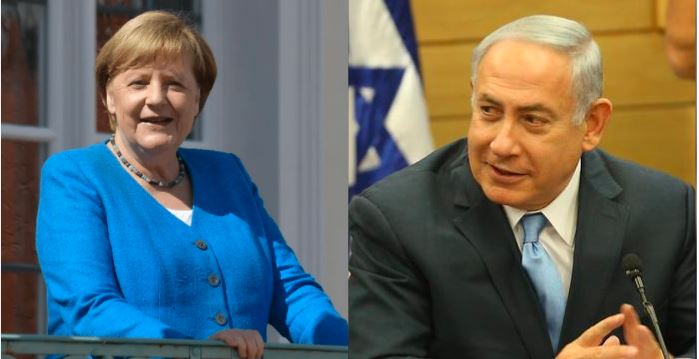 Anti-Jew sentiments will not be given German citizenship

Germany could script history by bringing a legislation that bars those who committed ‘anti-Semitic’ acts from getting German citizenship. The legislative proposal has been made by Mathias Middelberg, a lawmaker from German Chancellor Angela Merkel’s Christian Democratic Union (CDU). The proposed legislation makes a lot of sense given how Jewish prayer houses were attacked, Israeli flags burnt and synagogues pelted with stones when the Gaza conflict broke out last month.

By barring antisemitic individuals from getting German citizenship, Berlin is targeting radical Islamism. Even during the antisemitic violence in Germany last month, perpetrators included migrants coming into Germany from Lebanon and Syria, as well as the Arab countries. The proposed legislation is therefore completely directed against a large chunk of the undocumented migrants who believe in antisemitism. This is a sure shot way to keep away Islamist fundamentalism and political Islam that encourages antisemitism.

Middelberg suggested, “The Citizenship law should expressly prohibit naturalization of people who have committed anti-Semitic acts.” The lawmaker explained, “Anyone who incites the public against Jews, questions the existence of the State of Israel, or burns an Israeli flag must not become a German citizen.”

Germany could thus lead the way in excluding antisemitism from the European society if the proposed legislation materialises. Once Berlin does take a tough stance against antisemitism, other European nations should follow suit. France, for instance, has similar demography as Germany and the country has witnessed the unabashed expression of antisemitism in the past.

And it does matter if Germany makes the first move in ridding Europe of antisemitism. After all Nazi Germany remains the greatest wound in the Jewish psyche and history. The genocide carried out by Adolf Hitler, the leader of Germany at the time, remains the darkest chapter in Jewish history. Now, if Germany can come a long way to vouch for the protection of the Israeli State, it should really serve as a big message to other European nations.

Germany is actually looking at legislation to ensure that the Holocaust never happens again and that Israel, the only Jewish state on this planet, does have the right to exist. And if Germany can crackdown on antisemitism, there is no reason why other European societies should hold back.

If Germany actually steps up at this point, it would be the first big setback to antisemitic thought. And this must happen- those who don’t follow this line of thought against antisemitism are hypocritical and actually in the same sane bogey as the antisemitic society.

Make no mistake, the antisemitic society might look like a small and insignificant section of people, but it is actually a huge section of the population as the fundamentalist ideology is close to political Islam, which is followed by a large chunk of illegal migrants coming from the Middle East. The bigger problem is that antisemitism has been normalised with decades of propaganda and someone ought to declare that hating Jews is not normal. Presently, it seems, that Germany could carry this crucial message.