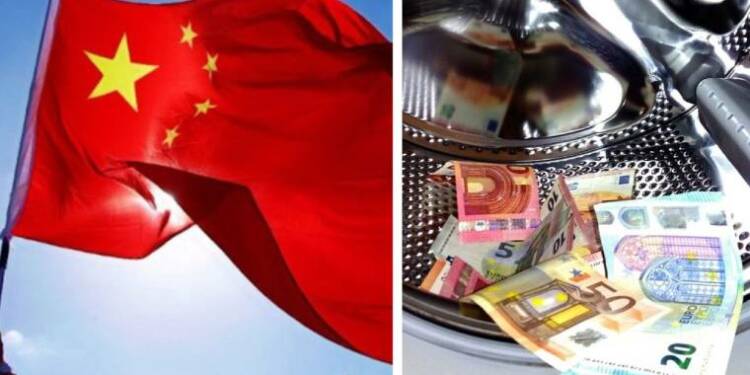 Following the arrest of Huawei executive Meng Wanzhou in Vancouver, Canada-China political ties have continued to deteriorate, with the Chinese government retaliating with threats and retaliatory steps. As a result, Canadians are becoming increasingly concerned about the type of government with which they are dealing. Understanding the troubles of an authoritarian state flush in wealth, and how it dumps some of its issues on countries like Canada, requires a look into Chinese money laundering.

Chinese Money laundering takes place on a massive scale. According to The New York Times, $1 trillion was recently transferred out of China over an 18-month period in 2015-16. The vast majority of this money comes from wealthy Chinese individuals who hide their legitimately earned money abroad. What started as a trickle 20 years ago has now turned into a tidal wave of capital outflows, with reports of Chinese middle-class people opening bank accounts in Canada and the United States. The tremendous economic growth that has lifted Chinese household earnings for thirty years can be traced in part to the quantity of money migrating abroad.

The number one public health concern in Canada, especially the roughly 4,000 fentanyl overdose deaths each year, is linked to Chinese money laundering. According to Canadian law enforcement, the majority of this fentanyl – including the lethal contaminated variety – is made in China and distributed to Canadian drug consumers and traffickers via internet sales.

In order to launder these unlawful sales within British Columbia, organised crime linked to China made $1 billion in real estate purchases in 2016. Between 2013 and 2017, an additional $1.7 billion was laundered by putting money into casino profits. These mobsters from Vancouver make and transfer a lot of illegal capital.

Senator Vernon White, a former cop, has called for harsh trade measures against China unless the government takes steps to stop the production and sale of fentanyl in state-run facilities. Money laundering in China provides a troubling image of a society where individuals frequently lack trust in their government and organised crime profits off the illegal revenue of a substance that kills thousands of Canadians. It is consistent with the unpleasant portrayal that the CCP has painted of itself in the aftermath of Ms Meng’s detention, which should serve as a reminder to Canadians of the true face of this emerging power.

Moreover, the Chinese money laundering is done in collusion with the Mexican side. In North America, Chinese actors were collaborating with the Sinaloa Cartel. The Chinese state appeared to have influence with the Mexican cartels, according to a highly reputable Canadian security intelligence source. One RCMP source told me that they had no choice because the money of the Latin American narcos was almost entirely handled by Chinese underground bankers.

It was large-scale money laundering based on trade. Mexican cartel money was transferred throughout the world by Chinese businessmen who converted drug money into manufacturing goods. Merchants transported the products to cartels in need of cash. The merchandise was sold. The money was deposited in a bank account. Bribes were paid to politicians, guns were purchased, and more drugs were manufactured and exported. Simultaneously, Chinese state-run companies were delivering mountains of fentanyl precursors into Mexican ports.

The Elite People’s Liberation Army veterans purportedly involved in large B.C. casino money laundering and dealing with the most vicious Mainland China narcos and loan sharks in Canada, as well as being very active in Beijing’s political influence operations in Vancouver, have thrived. The owner of a hacienda in Chilliwack, the River Rock Casino whale, looked to be involved in inconceivable money laundering. The whale has dozens of high-end luxury and military vehicles placed on hoists in a massive underground bunker.

In Vancouver, there was a common interest in money laundering. But there was something more going on. Casinos were where the Big Circle Boys and Chinese intelligence players began. They also moved into real estate and finance, two of Canada’s most vulnerable economic sectors. And now they’ve spread throughout practically the entire country, and the Trudeau government’s puny response isn’t helping matters.