China’s millionaires are making housing rates in Canada, Australia and New Zealand go through the roof as Jinping cracks down on private sector 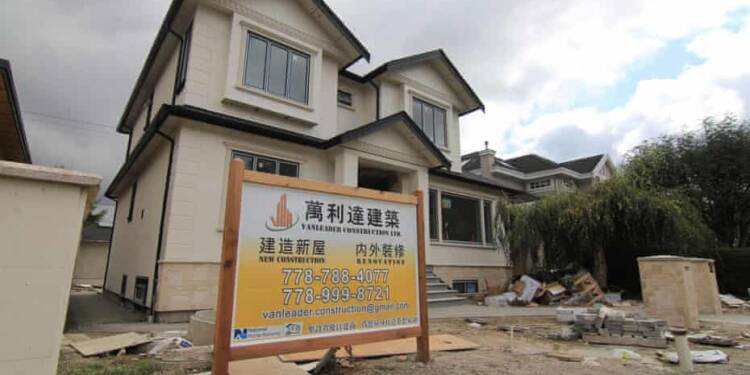 In Canada’s Vancouver, a detached home on an average now costs more than the residence of Prime Minister Justin Trudeau. The benchmark price for a detached home in Vancouver rose to $1,86 million in May, which is a 22.8 per cent increase from May 2020. Trudeau seems to know about the real estate woes of Canada, which is why he recently said, “In too many places, owning a home is too far out of reach. After all, how is a young family in somewhere like Vancouver supposed to put away enough money when regular houses cost upwards of a million dollars?”

The Canadian Prime Minister added he was looking at ways to address housing affordability, including federal funding for municipalities. But what has caused this soar in real estate prices in Canada? The sole reason why property rates have been skyrocketing is that Chinese millionaires and investors want to secure a second home for themselves outside mainland China. The demand for luxury homes among Chinese bigwigs is so prominent that Canada’s real estate has been booming solely because of it.

But Canada is not alone. In fact, Chinese millionaires and investors – mostly associated with the private sector are hunting for properties across the world. Under Xi Jinping’s rule in China, the private sector has come under an unprecedented attack. The business sentiment in the mainland is very negative and clouded by uncertainty, with Chinese company executives fearing for their fortunes. Xi Jinping’s CCP might begin an unprecedented crackdown against the private sector at any time of their choosing, so company executives and investors want to be prepared.

Interestingly, such Chinese buyers get hold of properties abroad but do not live in them. It is almost as if such properties are the ultimate safe haven of such buyers – who will shift from mainland China into them only when it becomes an absolute necessity. Therefore, according to a 2019 study by Josh Gordon, an assistant professor at Simon Fraser University’s school of public policy, the correlation between house-price unaffordability and non-resident ownership rates across 14 Vancouver municipalities was found to be a staggering 96 per cent.

Chinese non-resident buyers are not just driving property prices to the sky in Canada. In fact, in Australia, Chinese buyers are returning to drive Australia’s housing prices up with an influx of enquiries for properties. Interest in real estate from China has skyrocketed by 51 per cent over the past year, according to a study by Chinese investment website Juwai. Recent tensions between China and Australia, however, have dampened the impetus which real estate prices in Australia received.

In neighbouring New Zealand, despite a ban on foreign non-resident real estate buyers, the number of enquiries for the first three quarters of 2019 had shown an increase of 14 per cent compared to the same period in 2018. New Zealand interestingly, is among those countries which have banned the sale of properties to buyers who do not live in them. The aim was to make residential properties more affordable to locals as the government blamed foreign buyers for driving up home prices beyond the reach of locals.

However, Chinese buyers are still making use of some loopholes to buy properties in New Zealand. This shows their desperation to have a house outside China, just in case the CCP decides to hunt them down in the mainland.

It is human nature for people with families to try and secure themselves from incarceration – which seems to be an inevitable fate for private enterprise in China for as long as the CCP rules the mainland. However, in achieving that housing security, rich Chinese buyers are driving up real estate prices in countries like Canada, Australia and New Zealand, resulting in the citizens of such countries not being able to buy properties due to the abnormally high prices – driven solely by the tremendous demand from Chinese buyers.

The desperation of rich Chinese individuals to somehow get hold of properties in free and democratic countries is a big slap on the Chinese Communist Party’s face. Furthermore, it is also an indicator of the fact that Chinese citizens, who have properties abroad will not think twice before shifting out from the mainland in case the CCP decides to turn the heat on them.

Russia’s offer to Japan is quite simple, keep the US out and I shall be your friend