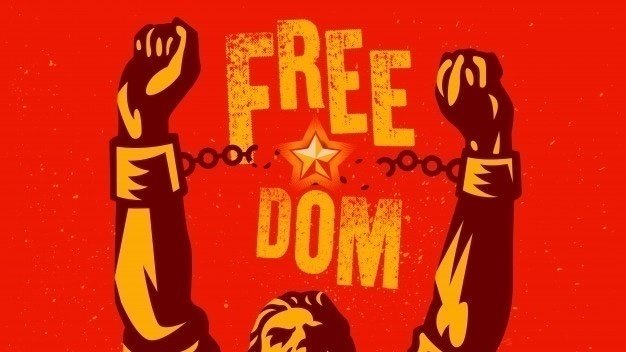 Here’s a recent video from China in which people shove, push and struggle with each other outside a vaccination centre, to get inoculated against the Wuhan virus.

Unbelievable. At the #CCPVirus #COVID19 #Vaccination site at Jinxian County, #Jiangxi Province in #CCP's #China.
By the way, my 78 y/o mum in #Sichuan province in China told me yesterday that she just got vaccinated. Initially only people under 60 could get the vaccine. pic.twitter.com/GTEOrOuhn6

As is evident, a stampede-like situation developed outside the Chinese vaccination centre. Mind you, Chinese vaccines do not work and are known to kill people. But Chinese citizens are placing their last hopes of survival on these killer vaccines. The Chinese people know what the Covid-situation in the mainland is like. It has devastated millions of Chinese families, although the CCP has been able to cover up the full extent of the damage within China.

Now, the Chinese just want to survive. They do not want to die for no good reason. Their deaths will not be the drivers of change in China. And Chinese citizens want to change their country. They want to get rid of the CCP’s dictatorship and Xi Jinping’s despotism. Plainly speaking, the Chinese have had enough, and are about to rise up for their rights. The CCP’s misrule has become just too glaring for them to ignore.

China, under Xi Jinping, finds itself in a very tough spot. Contrary to the claims of the CCP General Secretary, China is nowhere near where the CCP tells the Chinese people it is. Instead, it is lagging in a rather shameful manner. In the past year, China has hit the global headlines at an unprecedented pace – courtesy of its culpability in spreading a deadly disease around the world. This coverage of China and heightened global interest towards the paper dragon has brought to light a near fact – that the Middle Kingdom is about to implode very soon.

An implosion and popular uprising against Xi Jinping and the Communist Party is imminent since the societal, economic and cultural fault lines in China have become very glaring. According to an analysis by Foreign Affairs, “China’s society is fracturing in complex and challenging ways. Discrimination based on gender and ethnicity is rampant, reinforced by increasingly nationalistic and hate-filled online rhetoric. The creative class is at loggerheads with petty bureaucrats. And severe rural-urban inequality persists.”

The CCP is an enemy of diversity. It has been working to establish a homogenous society for decades now, and was partly even successful in that endeavour. Homogeneity was acceptable to the Chinese to an extent, however, what has now become of China repulses the nation’s own citizens from those governing it. Indignation, income inequality, discrimination, xenophobia, surveillance and absolutely no privacy are becoming the foundational blocks of a popular Chinese uprising against the CCP.

Consider this: In 2019, China spent $216 billion on domestic public security, including state security, police, domestic surveillance, and armed civil militia — more than three times government spending a decade earlier and roughly $26 million more than is designated for the People’s Liberation Army. One must note that the figures are from 2019, and the CCP took over Hong Kong a year later. Now it is quite safe to say that the Public security spendings by the CCP must have gone a notch higher since then. This speaks to how privacy has come to become an alien concept in China, and how the Chinese long for private, normal lives in which the state has no interference.

The CCP has been working to establish Han Chinese supremacy in China. With a cultural genocide on Uyghurs, Mongolians and Tibetans, the CCP has ensured that it makes enemies out of large populations, who when the opportune time arrives, will come striking down hard on the Communists.

But aiming to create a nation of one race by exterminating all other races and communities is hardly the biggest feather in the CCP’s cap.

In fact, the Chinese Communists are also anti-women. Here’s how: Out of the 25 members of the CCP Politburo and its Standing Committee, only one is a woman. What’s worse, women make up only 4.9 per cent of the next 204 most powerful members of the Central Committee. Even among the 90 million CCP members, women constitute just 27.9 per cent.

We bet you did not know that China does not merely, as a nation-state, disagree with feminists, but hunts them down. On social media, women are hounded for speaking their minds – a trait which should put any country in the 21st century to shame. But then, China is called the ‘Middle Kingdom’ for a reason. As a report by the Peterson Institute for International Economics reveals, China’s gender gap in labour force participation increased from 9.4 per cent in 1990 to 14.1 per cent in 2020, and Chinese women earn approximately 20 per cent less than their male colleagues.

So far, we have established satisfactorily that in case of a popular uprising against the CCP, the non-Han Chinese people and women will surely participate wholeheartedly. Now, let us come to the shameful levels of income inequality in China, and how the rich-poor divide is more than just glaring in the mainland. Across China, the top 20 per cent earn 10.2 times what the poorest 20 per cent earn. The top one per cent in China has a greater share of wealth than the bottom 50 per cent.

Xi Jinping is in no way helping fill this income inequality gap. Instead, with his iron ore and coal wars against Australia, which are having a cascading effect across several Chinese industries and sectors, he is putting Chinese citizens out of jobs and imperilling their livelihoods. Chinese cities are going dark, and industries are being forced to halt operations.

This runs opposite Jinping’s own dream of boosting domestic consumption and fulfilling domestic demand with indigenous production and innovation. Meanwhile, there is no freedom of thought in China, leave alone any free speech rights for the Chinese citizens. They are expected to toe the Communist line from their birth until they draw their last breath. This will really end up becoming the final nail in the CCP’s coffin.

People who are not allowed to think, ideate and speak freely are the people who will rise up against totalitarianism and dislodge the powers that be, by use of brutal force if necessary. The end of Communist rule over China might be nearer than many would like to think.