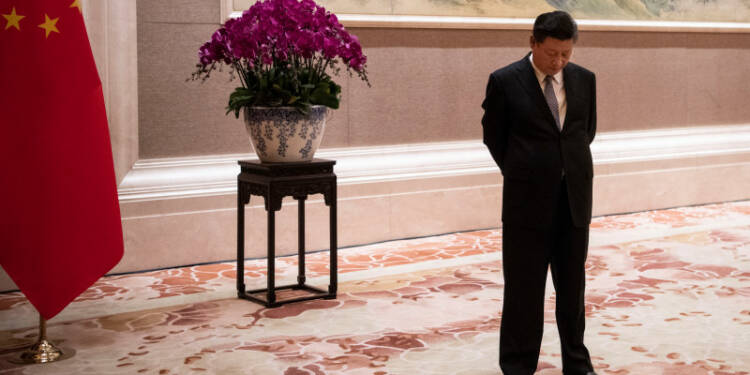 Prices for major industrial commodities have started to decrease from recent historic highs, thanks in part to Beijing’s involvement to increase domestic supply and reduce speculation. However, as the country intensifies its goal for carbon neutrality in 2060, the central government’s actions have sparked concerns about excessive price meddling and market distortions.

Academic member Gao Shanwen said authorities should reign in their temptation to meddle in the market and create informal price controls at a recent session organised by the China Finance 40 Forum, a Beijing-based gathering of financial officials and professionals.

“If the government takes immediate action against price increases by capping prices or subsidising enterprises, it would affect the normal adjustment of the market,” said Gao, who is also chief economist at Essence Securities.
Unless inflation is expected to worsen, the government should accept price fluctuations, make it easier for workers and businesses to enter and exit the market, and guarantee banks follow commercial standards rather than government directives, he urged. “Currently, prices of commodities like crude steel, glass, potatoes and rice are decided by the market. Their fluctuation is part of the market mechanism. Why should we worry about and pay extra attention to their price changes?”

Despite the widespread belief that recent sharp increases in raw material prices will have little impact on consumer prices or disrupt the central bank’s monetary policy, some officials have attempted to cut steel output and coal consumption, as well as talk with major market players about pricing decisions.

Since May of last year, when the Chinese economy began to recover from the impact of the coronavirus pandemic, domestic commodities prices have progressively increased. Other commodity prices have eased in the past week, though they remain relatively high in historical standards. Prices for iron ore, a major ingredient in steelmaking, peaked two weeks ago after Beijing began intervening.

The National Development and Reform Commission (NDRC) stated earlier this month in a price reform circular that by 2025, market forces will largely determine the costs of products and services in competitive industries. However, the government will continue to offer “timely macro-control suggestions” in terms of stockpiling, trade, fiscal, tax, and financial measures to fight abnormal commodity price swings, according to the statement.

The NDRC and four other central government ministries warned key metal producers on Sunday that price-fixing, hoarding, and other speculative activities that put upward pressure on commodity prices would be treated with “zero tolerance.” They encouraged the companies, most of which were state-owned, to take the lead in maintaining “orderly prices” for commodities while also keeping an eye on the wider picture.

Gao, who claimed that recent price hikes were only temporary, warned that excessive pricing intervention could cause market distortions. He cited forced output cuts in some polluting industries as an example of how this had limited overall supplies and fueled price increases.

The northeastern city of Tangshan, which generated around 13% of China’s steel products last year, ordered some local mills to cut output to half by the end of June and another 30% in the second half of the year. Following the official brow-beating on Sunday, the China Iron & Steel Association, which represents the majority of national steel mills, published a self-discipline letter on Wednesday, urging members to combat irregular trade and malicious speculation.

Because China is the largest consumer of most industrial commodities, such as iron ore, copper, and crude oil, authorities were on high alert when raw material prices soared earlier this month. The government’s cabinet, the State Council, announced that it will increase efforts to reduce high prices that could be passed on to small enterprises and, eventually, consumers. Premier Li Keqiang promised to increase local supply, including coal, despite the fact that this would jeopardise the country’s aim of carbon neutrality.

Read More: “You can kill me, this is where our friendship will end”, a defiant Duterte tells Xi Jinping

The producer price index – the costs factory owners charge their customers – is expected to decline to 4% in the second half of the year from a potential high of approximately 8% in May or June, according to Morgan Stanley economists. More government action is possible, according to the investment bank, and officials may fine-tune the rate of carbon-related output limitations on metals if the price spike persists.

However, “whether these measures could temper prices meaningfully remains unclear, given that a large part of the commodity price surge is due to global factors,” Morgan Stanley said.

Global factors include the trade war with Australia. Australia has been China’s biggest exporter of iron ore and coal. Back when China put up an unofficial ban on Australian coal, it caused self-inflicting wounds as Chinese cities and industries were being forced to go dark for lengthy periods. Moreover, China is spending big on infrastructure since the pandemic in a bid to boost its economy. This would generally have an effect on the commodity prices, such as iron ore, which will rise, however, CCP intervention to keep the prices in control forcefully is against the rules of free-market dynamics. Not only does it hurt market sentiment but it also constrains the market and declines it the opportunity to correct itself.

However, Xi Jinping is unconcerned with the effect of severe market intervention as long as it helps him to consolidate his rule. By capping prices and extensive subsidies, Jinping has forced reduction in production as the industries cannot cope with rising production costs as well as at the same time the threat of government intervention.

Read More: China has been trying to cash in on Congo’s Cobalt reserves, but its new President has shown Xi Jinping the door

Moreover, the threat of government intervention and correction does not just stand true for commodities. Jinping’s paranoia and a perceived threat of being out of power have forced him to make decisions that are extremely detrimental to natural market growth. The cancellation of the billion dollar ANT group IPO and then further crackdown on tech companies are also factors that will negatively impact the market, shareholders and potential market investors alike.

These examples showcase the high level of market intervention that exists in China. This could be attributed as market manipulation for personal gains, in this case for the gain of the CCP and Xi Jinping. However, now, Jinping has been warned about the potential risks of extensive market manipulation which would be excessively detrimental to the Chinese market, and it could come crashing down as it is highly inflated. But as is the case with Xi Jinping, his paranoia and an absence of basic economic knowledge have already led to such interventions in a bid to consolidate power before the upcoming elections, therefore, it seems unlikely that Jinping will heed the warning.