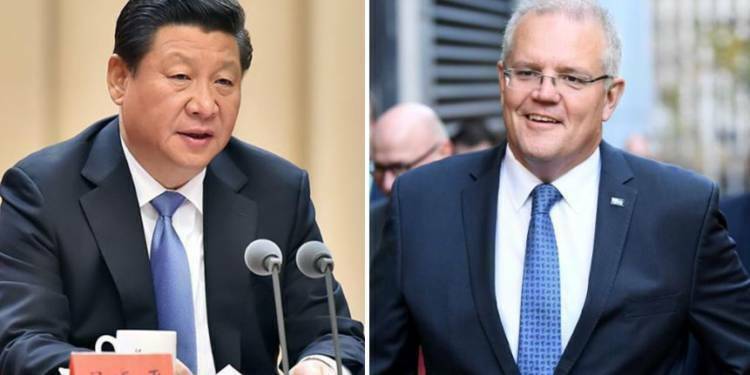 All countries around the world are spending big on infrastructure in the aftermath of the Chinese pandemic wreaking havoc globally. China itself has made an unprecedented push towards infrastructure building. That means an abnormally high quantum of money has begun circulating in the world economy. In turn, many believe that such a rise in liquidity could lead to greater inflation. The commodity prices are rising, and so are the prices of mineral ores required for construction.

Iron ore is no exception. Around this time last year, iron ore was selling at $60 per tonne. Now, the price has shot up to $200 per tonne. This essentially means that Australia is earning big by exporting iron ore to the world, and specifically to China. Australia sells over 60 per cent of its iron ore to China alone. At a time when the two countries are fighting a trade war, the uptick in iron ore prices has translated into China pumping large sums of money in the down under country.

Being the totalitarian country that it is, where markets are anything but free – China has decided to intervene officially and ensure that iron ore and other related commodity prices are slashed immediately. The National Development and Reform Commission – China’s economic planning agency, said on Monday that it would crack down on monopolies in commodities markets, the spread of false information and hoarding.

The directive for China’s metal producers was clear – do not dare drive up prices for copper, coal, steel and iron ore. After the announcement, metal prices in China’s commodity exchanges slumped. The Chinese government intervening to ensure that iron ore and commodity prices are slashed down has not gone down well with many. Experts fear that persistent Chinese government intervention in the steel market could have unforeseen repercussions in the near future.

However, the Chinese Communist Party and its leading despot – Xi Jinping have much more to concern themselves with. Ensuring free and stable markets with no government intervention is hardly one of the issues which worry the Chinese leadership. Currently, the CCP’s plate is full of worries about Chinese money flowing excessively into Australia, despite the paper dragon desperately trying to cut down on its dependence on Canberra.

Read more: China is set to brand Australian citizen Yang Hengjun as spy, this could formally mark the end of Australia-China relations

Interestingly, China’s imports from Australia rose by 49.3 per cent to $14.87 billion in April, accelerating from the 20.9per cent import growth rate recorded in the first three months as the price of iron ore surged to a record high. In contrast to rising Australian exports to China – of items as crucial as iron ore – Australian investments in China have gone down by a whopping 25 per cent over the past one year. This, despite the paper dragon liberalising its financial markets in order to ramp up foreign investments.

For China, decoupling from Australia is much easier said than done. Even if China were to, in a hypothetical scenario, minimise its iron ore imports from Australia by diversifying its import sources, it would barely affect Canberra at a scale which China is looking to hurt it at. In fact, the demand for iron ore is so high around the world that Australia could easily find alternate buyers which are not Chinese. A source from inside one of Australia’s big miners told AFR, “If China cuts steel production, someone else will do it.”

Cutting down on steel production could be one of China’s many artificial methods of ensuring that it imports less iron ore from Australia, thus forcing Chinese companies to import from alternate sources in order to keep up with the tremendous demand. The CCP is looking to curb increased steel production – which is hitting record levels since the same is giving Australia a massive cash windfall.

Australia has thus effectively stamped its authority in the Australian commodity market. It has exposed China to be a heavily import-dependent country. The best part really is that Xi Jinping and his minions know how dependent they are on Australia to keep China running. That is what seems to be frustrating them the most.

Now that Dr Fauci is cornered, he admits that Covid-19 is not natural. That makes him a lying mass murderer