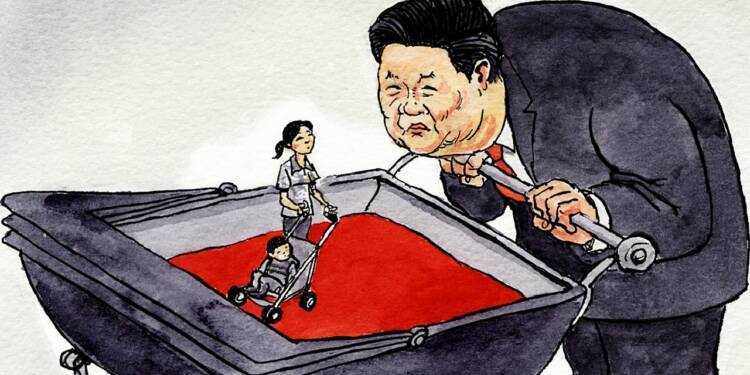 China’s population is projected to reach 1.41 billion in 2020, up a smidgeon from the previous year, highlighting how the world’s most populous country will have to confront its demographic problems earlier than expected. The figure—which was up from the official statistics for 2019 of 1.40 billion—showed that China’s population had only increased by 72 million since the 2010 census.

China is still predicted to surpass the United States as the world’s largest economy, but some analysts warn that if the number of jobs keeps falling, it might not be able to maintain that position. China, unlike the US, does not rely on immigration to help replenish its workforce.

In 2016, China made it legal for all couples to have two children, but the expected baby boom did not materialise. Many families believe they actually cannot afford a second child because of the one-child policy, which has helped to build a mindset of concentrating all of a couple’s attention on one child.

Ning Jizhe, the head of the National Bureau of Statistics, said at a press conference following the release that there were 12 million births last year, down 18 per cent from 14.65 million the year before, a development that is likely to increase pressure on Beijing to relax remaining birth restrictions. After a spike in 2016, the first year after China ended its three-decade-old one-child policy, births fell for the fourth year in a row.

Meanwhile, the number of elderly Chinese people continues to rise. According to the data, the percentage of Chinese aged 60 and up increased dramatically from 13.3 per cent in 2010 to 18.7 per cent in 2015. In 2020, the proportion of Chinese aged 15 to 59 was 63.35 per cent, down from 70.1 per cent in 2010. The pandemic’s effect on the population count was unclear. Though China rapidly contained the spread of infections within its borders, demographers believe that fears about coronaviruses led to the suppression of births.

The population situation in China has rapidly risen to the top of Beijing’s economic concerns. For years, the pattern of reducing the number of young people to replace a rising number of retirees has been obvious but resolving it has been widely rejected as politicians concentrate on raising debt, waging a trade war with the United States, and gaining control of a once-freewheeling private sector.

Beijing cannot disregard the demographic threat to long-term growth any longer. The central government has been forced to ask state-owned firms as well as wealthier and younger provinces in the south to fund pool pensions due to a pension shortage in the northeast of the Rust Belt nation.

According to Yi Fuxian, a US-based researcher and longtime critic of US population policies, births are likely to fall even further in the coming years as the one-child policy has resulted in a decrease in the number of pregnant women. China is a country in Asia. “What is disastrous for the Chinese economy behind the data is a fundamental demographic shift,” Yi said.

The situation has become so critical that China has had to manipulate its birth data. According to the most recent census, the population of children aged 0 to 14 increased by 13.8 per cent since the previous survey in 2010. The rise shows that China’s decision in 2016 to end its one-child policy and encourage couples to have two children “has yielded positive results,” according to the bureau.

This argument, however, was met with scepticism. Since a high in 2016, fewer babies have been born. According to the census, China had 12 million births in 2020, the lowest number in 59 years. The number of newborns is also down 18 per cent year over year, the steepest drop since the 1949 revolution that led to the establishment of the People’s Republic of China.

The leadership of the Communist Party seems to want to demonstrate that the current two-child policy is successful in China. Otherwise, it risks facing mounting pressure to end its long-running family planning programme, particularly given the country’s pressing need to address its ageing population.

The population’s ageing is projected to put a strain on the country’s savings. And, at a time when China is turning to consumption as a source of development, older people who are concerned about pension payments – and who have only one child to support them in their old age – are likely to be hesitant to spend.

Automation is one factor that executives have long said would help offset the decline in the working-age population, which has been decreasing since 2012, according to official statistics. Economists, on the other hand, have expressed reservations about this approach. Researchers at China’s central bank published an article in March calling for a much more forceful response to the country’s dire demographic prospects. “We must recognise that advancements in education and technology will not be enough to compensate for population decline,” he said.

Wang Peian, then deputy director of China’s Family Planning Commission, called family planning a “fundamental state policy” that China is supposed to join for a long time after China declared it would remove the one-child policy in 2015. Wang refuted the notion that China faces a population shortage two years later. “Not today, not in a hundred years,” he said at a press conference, forecasting between 17 million and 19 million births per year between now and 2020. Instead, after peaking at 17.86 million in 2016, births have been declining every year since.

China has long relied on its massive population — the world’s largest — as a primary source of economic development. The economy and geopolitics will change as a result of how it and officials around the world cope with shifting demographics. Low birth rates have an effect on labour supply and market demand, can reduce entrepreneurship and innovation, and can contribute to monetary policy changes and a reduction in economic capabilities.