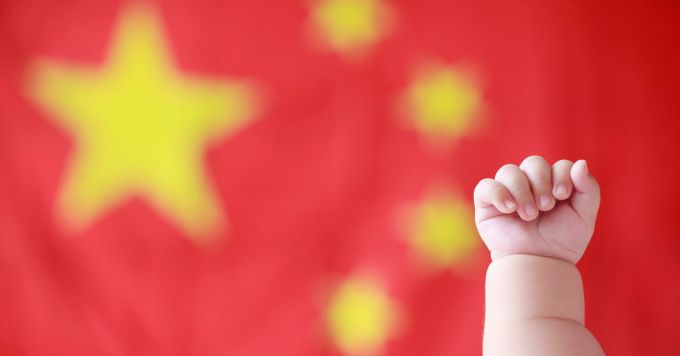 China’s youth are unsurprised that their country has one of the lowest fertility rates in the world. In reality, most seem to understand China’s increasing aversion to having children. Many assume that among China’s millennials and Generation Z, there is a widespread agreement that having children would be a significant financial burden under the country’s current public welfare conditions and that having fewer or no children is sufficient to preserve one’s quality of life.

Zhang Jie, a 31-year-old salesman with a small private trading business in Guangzhou, recently ended his four-year relationship with his girlfriend. He said, “Honestly, I don’t want to have a relationship, I don’t want to get married, and I don’t want to have children. For the working class, it is simply becoming more and more unaffordable to raise a child in urban cities.” Zhang’s family tree resembles an inverted pyramid, which represents the attitudes of many young Chinese people toward marriage and childbirth.

In the 1950s and 1960s, Zhang’s maternal grandmother had ten children. Only his mother’s oldest sister gave birth to three children in the 1970s, while the majority of her siblings were limited by the country’s one-child policy and only had one child in the 1980s and 1990s.

Two of Zhang’s 11 cousins have had two children, while the rest have only had one, despite the fact that they are all permitted to have two children under revisions to the country’s birth policy that took effect in 2016.

But Zhang is not persuaded by the change in the policy of the CCP, he said, “I see them all having a hard time balancing income and expenses, and all of them are asking their parents to help take care of their kids, spending their parents’ savings to put down payments on the property and even to subsidise their living expenses”. He added, “Honestly, seeing their life makes me fear marriage now, let alone having children. That’s the reason my girlfriend and I broke up.”

Chinese mothers gave birth to 12 million babies last year, down from 14.65 million in 2019, according to census data released on Tuesday, marking an 18% drop year on year and continuing the plunge to a near six-decade low. China’s fertility rate has also dropped to 1.3 children per woman, far below the replacement level of 2.1 needed for population stability. By contrast, Japan’s fertility rate in 2020 was 1.369.

The findings were strikingly close to those of a survey conducted by Evergrande Research Institute in 2019, in which 160,000 people were polled on their readiness to start a family.

To reform young people’s attitudes toward childbirth, all of society must be mobilised, according to Huang Wenzheng, a demography expert and senior researcher at the Centre for China and Globalisation think tank.

He also said that a large portion of the population claims that overpopulation is the root of many of the country’s social and economic problems. He says, “When young people believe that they lose far more than they gain by having children, what can persuade them to give birth?”

In comparison to previous generations, Chinese people born after 1990 are the least likely to marry and have children due to rising child-rearing costs and a high ratio of personal debt. There are countless posts on China’s social media sites about the financial burden and difficulties of raising a child.

Wendy Li, a 34-year-old single white-collar worker from Shanghai believes that the current generation has a different view when it comes to having children in comparison to the earlier generations. She said, “I think our young generation takes a very different view on having children compared with Chinese in the past.” She added, “Those born in the 1940s and 1950s had four or more children per family … and those born in the 1960s and 1970s had only a child because of government restrictions. But we [millennials and Gen Z] increasingly feel that we won’t have any children if it would reduce our quality of life.”

According to a study published last year by the China Development Research Foundation, China will have more than 500 million people aged 60 and up by 2050, accounting for nearly one-third of the total population. The median age of the Chinese population increased steadily from 19.3 years old to 37 years old between 1970 and 2015, and it is projected to hit 50 in 2050. According to current projections, China’s population will decrease by 32 million people between 2019 and 2050, while the US population will increase by 50 million.

A gradual decrease in the number of women able and willing to have children, as well as the rising costs of raising them – such as childcare, schooling, and larger homes – are major roadblocks to growing the country’s fertility rate.

According to a study published in 2019 by Tmall.com, China’s largest business-to-consumer e-commerce website, consumer spending on raising children increased by 60% from 2016 to 2019 among Chinese parents aged 25 and younger. Education costs accounted for 26% of a family’s annual income in the preschool era, 21% in the primary and secondary school period, and 29% in the college period, according to a 2017 study on schooling costs released by Sina Education.

Read More: China lies about its population data as it wants Chinese people to believe in Jinping’s exaggerated goals

Many people in China’s rural areas find it difficult to raise a child on average local incomes. “In our county, a year of kindergarten tuition costs between 5,000 and 10,000 yuan,” said Yu Mingqian, a 21-year-old woman from Biyang county in Henan province who plans to have no more than two children.

Almost every aspect of Chinese life has been impacted by the One-Child Policy. The One-Child Policy has afflicted China in a variety of ways, from turning the People’s Liberation Army into a force of wimps and sissies incapable of fighting battles for the country, to making Chinese men hesitant to marry Pakistani women, to raising juvenile crime rates in the country. Chinese women have also abandoned the concept of marriage due to the prevalent misogyny and patriarchy in Chinese society.

Burdened by the load of the One-Child Policy, the Chinese economy is under duress and now even after the restrictions have been uplifted, the Chinese youth are not interested in having kids anymore.