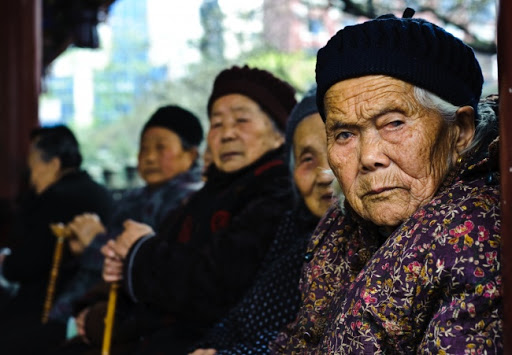 China will soon be making its senior citizens and elderly population work overtime, as it plans to increase the retirement age of the Communist nation’s working class. The move, which will be implemented in a phased manner, has been necessitated due to the rising lack of workers across the country. There are simply not enough young individuals in the country to take on the mantle from the elderly, who deserve to retire and lead a life of relaxation here on. This, due to the disastrous social experiment of the Chinese Communist Party since 1979, the year it implemented the dastardly One-Child Policy across the nation.

For close to forty years, each Chinese family raised only one child – leading to a huge decline in the number of youth workers across the country who can be employed to work in various sectors. China has been feeling the excruciating pain caused by the One Child Policy, as the same took to showing results in the form of a large quantum of the aged citizenry retiring from their workplaces, while a practical absence of sufficient young people joining the workforce continues to haunt the CCP. The One-Child Policy was disbanded in 2016; effectively meaning that there are still 10-15 more years before normalcy returns to the Chinese demography.

When the retirement age starts being lifted, it will be by a few months every year, or by a month every few months, according to Jin Weigang, head of the Chinese Academy of Labor and Social Security under the Ministry of Human Resources and Social Security. “People in different age groups will be retiring at different ages,” Jin said in an interview with the state-run Xinhua News Agency published Saturday. “For example, in the first year of the policy’s implementation, female workers who were originally scheduled to retire at 50 will retire one month or a few months after 50.” It is expected that in successive years of the policy being implemented, the quantum of the time for which elders would have to slog will also increase.

The retirement-related laws have not been touched since 1978, showing how sensitive and controversial the mere idea of fidgeting with retirement has been in China. Xi Jinping, however, being the tyrant that he is, has chosen to make China’s aged individuals work more than they are required to, only in order to prevent China’s industries and various sectors from collapsing owing to the acute shortage of a young workforce.

The One-Child Policy has impacted practically every sphere of life in China. From making the People’s Liberation Army a force of wimps and sissies unable to fight battles for the country, to causing Chinese men floundering for marrying Pakistani women, to the rising juvenile crime rates in China – the Communist nation has been plagued in multiple ways by the menace-like One Child Policy. In fact, Chinese women have abandoned the concept of marriage too, due to the inherent misogyny and patriarchy prevalent within Chinese society.

What’s worse, Chinese youth raised under the one-child regime are fickle-minded and cannot work under pressure, even as they constantly shift their aims and goals in life. This, due to the tremendous pampering they have received from parents and grandparents. When asked to work under pressure, such individuals simply cannot cope – which is another reason why China wants its shrewd and experienced aged population to continue working until the CCP devises a way around the Chinese youth’s inability to work.

The idea of a peaceful North Korea is officially over with Biden in the White House. The warning from North Korea suggests that