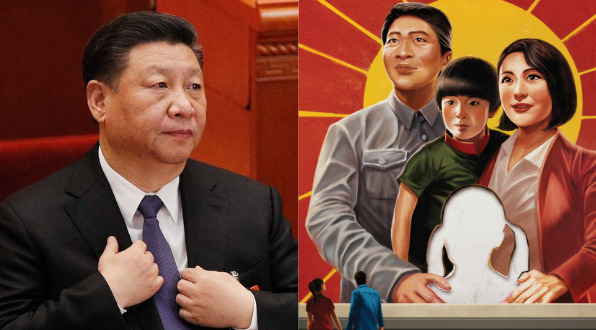 According to a new study from the Chinese central bank, China should remove all birth restrictions to address the problems of an ageing population and prepare ahead to compete economically with a demographically young India and an immigration-friendly US.

According to the paper published on Wednesday by China’s central bank, the People’s Bank of China (PBOC), the country’s demographic problems are greater than those of other countries.

The paper, written by four PBOC scholars, compared China’s situation to that of India and the United States and made the radical proposal that the government allow three or more children per household.

For nearly four decades, each Chinese family raised only one child, resulting in a significant reduction in the number of youth workers available for work in various sectors across the country. China has been experiencing excruciating suffering as a result of the One-Child Policy, which has resulted in a significant number of elderly citizens retiring from their employment, although a real lack of young people entering the workforce continues to plague the CCP. The One-Child Policy was repealed in 2016, implying that it would take another 10-15 years for China’s demographics to return to normal.

Read More: One more fallout of One-Child Policy – since there aren’t enough young people, oldies will have to slog a little more

The One-Child Policy has had an effect on almost every aspect of Chinese life. The menace-like One-Child Policy has afflicted the Communist nation in numerous ways, from turning the People’s Liberation Army into a force of wimps and sissies incapable of fighting battles for the country, to causing Chinese men to be unsure about marrying Pakistani women, to increasing juvenile crime rates in China. Because of the inherent sexism and patriarchy in Chinese culture, Chinese women have also abandoned the idea of marriage.

Burdened by the load of the One-Child Policy, the Chinese economy is under duress and the Chinese study undertaken seems to underline the fact that a five child policy can solve China’s problem of the ageing populace.

During BLM, American cops had Trump’s support to go against rioters but in Minnesota they can only defend themselves