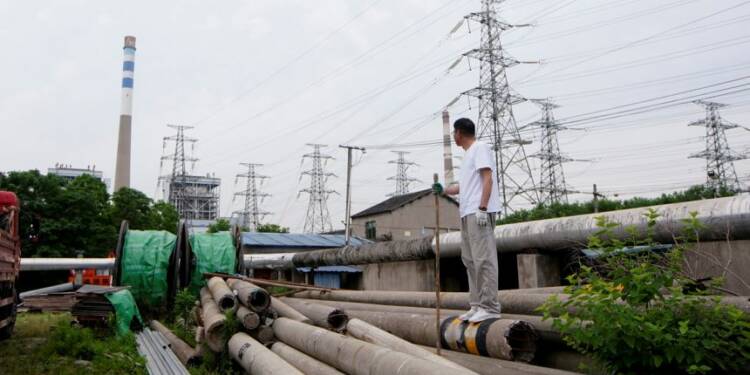 China’s Southern provinces are facing unprecedented power shortages. The early peaking of the summer this year, apart from a supposed “strong economic growth” has been cited as the primary reasons by the Chinese officials for the massive power shortage which has come to plague the industry-dominated provinces of Guangdong and Yunnan. Being ruled by the totalitarian CCP regime, however, means that the actual reason for such a power crunch has not been cited. Needless to say, such Chinese deception of not just its own citizens, but of the international community needs to be exposed, and that is precisely what we will do.

China faces a power crisis partly because of the early and intense summer onset and high demand, but the primary reason for the power crunch is the absence of adequate electricity generation. Make no mistake, China has been an industrial nation and export-dependent economy for quite some time now. As such, its power demand-supply chains are substantially resilient. So, when a supply crunch does happen, while demand soars, be rest assured that a fundamental problem has come to inflict China’s power and electricity sector.

This fundamental problem is Xi Jinping’s mindlessness. China, since last year, has unofficially banned the import of Australian coal. As early as May 2020, the CCP regime had directed its five largest utilities to suspend Australian coal purchases, while power stations and steel mills were advised to cease using Australian coal in October last year. Xi Jinping has annihilated coal-based industries in China through a ban on Australian coal.

While the Chinese steel industry was among the first to take a hit due to the ban on Australian coal, as stocks depleted, the aftereffects became visible in the Chinese power generation industry as well. The result of the same was a very cold winter for ordinary Chinese citizens, as authorities dictated them to not turn on heating appliances due to a massive power crunch.

Now, with the summers in full effect and the industrial demand soaring, China simply does not have enough electricity to power the industries with. This is resulting in industries being told to shut operations and ration their power consumption. According to CCP mouthpiece Global Times, a factory owner in Dongguan of Guangdong province said that his factory was asked by the local authority to halt all electricity usage from 9 am to noon, 2 pm to 5 pm and 6 pm to 9 pm on May 14, forcing the factory to halt production. The owner added that he expects such diktats on the part of authorities to become a regular affair.

Such is the shortage of power in China’s southern provinces, that factories and industries in Guangdong are being forced to make use of portable generators to somehow meet their daily power requirements. A delayed rainy season has dried China’s hydropower plants – so sufficient hydroelectric power generation, despite China’s many dams, is an impossibility right now.

Read More: Reeling under iron ore and coal crisis because of its tussle with Australia, China decides to import even substandard steel

In times of such dry spells and the stagnation of hydropower plants, normal countries would turn to thermal power production to soothe their pain. China on its part is not at all ashamed of its thermal power plants destroying the environment. Surely, it would be running those plants on a war footing, only if it had sufficient coal to fuel them. But it does not have that coal, since Xi Jinping decided to put a halt to Australian coal imports last year. What’s worse, China has also curbed coal mining under the premise of a “safety campaign”. This is why thermal power generators are less keen to ramp up power output.

The Communist nation, under the despotic Xi Jinping, is thus caught in a catch-22 situation. Solely because of the ego of one man in Beijing, Chinese industries are being made to collapse for the lack of power, which in turn is imperilling China’s economic growth in the post-pandemic phase. China is now standing between a rock and a hard place and will either have to resume coal imports from Australia or let its industries and cities plunge into darkness.