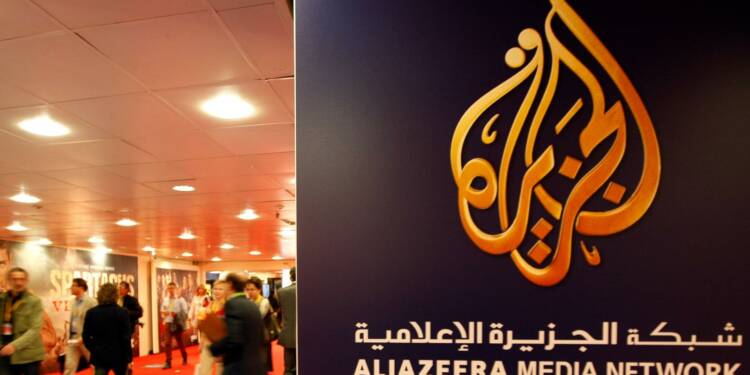 Palestinian terror organisation Hamas on Thursday awarded Qatar-funded news network Al Jazeera for its pro-Hamas coverage of the recent Israel-Gaza war. The brazen development came weeks after Hamas launched a barrage of rockets over Israeli cities, including Tel Aviv, targeting innocent civilians. In response, Israel pounded the living daylights out of the Islamist organisation which rules over Gaza dictatorially. During the conflict, a building which housed offices of Al Jazeera and the Associated Press was bombed since it came to be revealed that the building housed technologies which could neutralise Israel’s iron dome defence system.

Al Jazeera was presented with a certificate marking appreciation for its coverage of what Hamas called the “Sword of Jerusalem” battle. According to Times of Israel, Hamas’ deputy chief in Gaza Khalil al-Hayya told Al Jazeera reporters that they “demonstrated their belonging to the cause of the oppressed Palestinian people,” and that “What distinguishes the Palestinian journalist [from others] is that he has a national message.” The deputy leader of Hamas in Gaza added, “We saw a high level of nationalism and a national tone in Al Jazeera’s coverage.”

Hamas praised Al Jazeera's "high professionalism," saying the network "demonstrated its affiliation with the cause of the oppressed Palestinian people." "We are proud of the effective Al Jazeera crews," Al-Hayya noted. (https://t.co/5blBBVo53p) https://t.co/CEHQtIXSUj

For Al Jazeera to accept an award from a designated terror organisation is a new low for the media network, even by its own standards of putting the profession of journalism to shame on a frequent basis. American Jewish Committee managing director of global communications Avi Mayer told Fox News, “That a major media outlet has accepted an award for its news coverage from a designated terrorist group should raise alarm bells among all who are concerned about freedom of the press.”

Mayer added, “His revelation raises serious questions about the relationship between Al Jazeera and Hamas and how it might affect media coverage of one of the most contentious conflicts in the world. Viewers deserve to know.” Hamas certifying Al Jazeera’s journalism and coverage of the recent Israel-Hamas conflict is pretty much like Adolf Hitler awarding his own propaganda outlets for their coverage of the Holocaust.

Interestingly, the development comes in the backdrop of hundreds of journalists, including many from Al Jazeera, calling for even more vitriolic anti-Israel coverage in the future. Reported by Fox News, journalists representing mainstream and left-wing media outlets this week called on their colleagues to cover Israel as a violent and oppressive “apartheid” state.

Read More: The clever games of Egypt: Egypt’s entry into Gaza has put Hamas in an extremely uncomfortable position

In a letter, which has been signed by journalists from media outlets like the New York Times, the Washington Post, CNN, BuzzFeed, the Associated Press, the Los Angeles Times, ABC News, NBC News, NPR, The Atlantic and others, Israel was declared an apartheid state guilty of “ethnic supremacy”. The signatories wrote, “For the sake of our readers and viewers — and the truth — we have a duty to change course immediately and end this decades-long journalistic malpractice. The evidence of Israel’s systematic oppression of Palestinians is overwhelming and must no longer be sanitized.”

Earlier, in the aftermath of the Israel bombing, the Al Jalaa building that housed Al Jazeera and other international media outlets, including the Associated Press, senior Israel Defense Forces made stunning revelations regarding the ties between such alleged journalists and Hamas’ fighters. IDF chief Aviv Kohavi had said that journalists, knowingly or unknowingly, drank their morning coffee alongside Hamas electronics experts and operatives at the tower’s ground-level cafeteria.

Intriguingly, Al Jazeera is not the only media organisation which will be awarded by Hamas for its outstandingly pro-Hamas coverage. Many other media outlets are said to be readying themselves to make a mockery out of the noble profession of journalism. Al Jazeera being awarded by Hamas shows how media persons seem to be having no qualms about being in bed with Islamist terrorists.