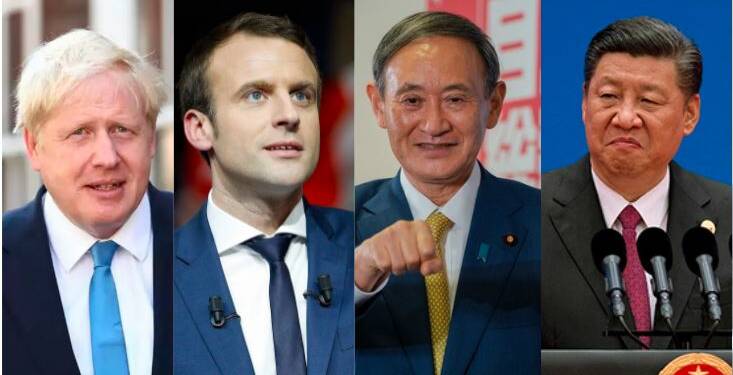 The recent G7 has left China shocked. When the leaders of the seven advanced world economies met in Cornwall, UK, Beijing assumed that this was just another routine summit. However, with France, Japan and the UK pushing their anti-China narrative, the Cornwall summit became a show of unity against China. The Communist nation is now feeling the heat and desperately trying to dismiss G7 as a “small” group of countries.

Make no mistake, G7 has officially taken on China for the first time. Issues like peace across the Taiwan Strait, respect for human rights and “fundamental freedoms” in Hong Kong and Xinjiang have been raised for the first time by G7. Also, the group adopted an infrastructure plan for the developing world called the “Build Back Better World” (B3W) project in a pushback to China’s Belt and Road Initiative (BRI).

The G7 pushback to rising Chinese hegemony has been led by Japan, the UK and France. Tokyo, on its part, continued its efforts to keep Taiwan a part of the larger international agenda.

A White House statement disclosed, “President Joseph R. Biden, Jr. spoke today with Prime Minister Suga Yoshihide of Japan at the G7 to discuss shared challenges in the Indo-Pacific and the world, including COVID-19, climate change, North Korea, China, and preserving peace and stability across the Taiwan Strait.”

Japan’s efforts ultimately led to Taiwan becoming a part of the G7 leaders’ statement. A G7 communique issued after the three-day summit at Cornwall read, “We underscore the importance of peace and stability across the Taiwan Strait, and encourage the peaceful resolution of cross-Strait issues.”

Meanwhile, the UK and the US signed a new Atlantic Charter. The Charter is modelled after the 1941 Atlantic Charter signed by then US President Franklin Roosevelt and British PM Winston Churchill in a pledge to cooperate on peace and democracy against Adolf Hitler’s National Socialist German Workers’ Party.

The new Atlantic Charter signed by Biden and British PM Boris Johnson doesn’t directly name Communist China, but the content of the document suggests that it is totally directed against the Middle Kingdom.

The eight key areas in which the two leaders have agreed to cooperate include defending the “principles, values, and institutions of democracy and open societies” and human rights, freedom of navigation and lawful use of the seas, apart from a commitment to secure open and free trade between nations.

Finally, the French President discussed critical issues like human rights violations in China’s Xinjiang and Hong Kong. Moreover, as per POLITICO, a senior US administration official suggested that France was willing to single out China over its forced labour practices.

Ultimately, the G7 communique expressed concern about the use of forced labour in global supply chains “including state-sponsored forced labour of vulnerable groups and minorities, including in the agricultural, solar, and garment sectors”. Again, the content of the remarks was aimed at China.

The G7 leaders also urged China to “respect human rights and fundamental freedoms, especially in relation to Xinjiang and those rights, freedoms and high degree of autonomy for Hong Kong enshrined in the Sino-British Joint Declaration and the Basic Law.”

The latest assault by G7 has put China in a really tight spot. And Beijing is seemingly getting unnerved. A spokesperson for the Chinese Embassy in London made a desperate attempt to hit back at G7. Reuters quoted the Chinese spokesperson as saying, “The days when global decisions were dictated by a small group of countries are long gone.”

Yes, China thinks that an exclusive club of the world’s seven richest democracies is a “small group”.

Anyhow, Beijing seemed all worked up about how G7 has started making China the central subject of discussion. So, Beijing wants to make a strong pitch for excluding such discussions. The Chinese Embassy spokesperson said, “We always believe that countries, big or small, strong or weak, poor or rich, are equals, and that world affairs should be handled through consultation by all countries.”

The UK, France and Japan have thus dealt a severe blow to China by mobilising G7 against the Communist nation. And now China can be seen getting unnerved by the group’s plans to contain it.