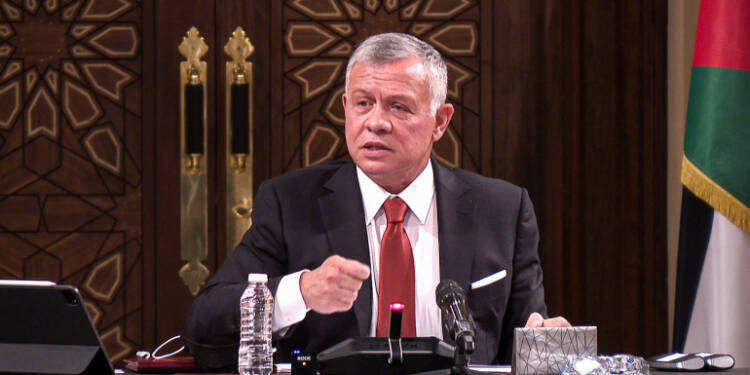 Jordan becomes the biggest hindrance in the deal of the century

A latest Washington Post report ,based on US, British, Saudi, Israeli and Jordanian sources, reveals how the Arab world is changing. Saudi Arabia, which was once infamous as the face of Islamic orthodoxy and hub of antisemitism, wants to embrace Israel. On the other hand, Jordan- one of the earliest Arab countries to recognise Israel and advocate moderate Islam, is now creating hindrance in the Middle East peace process by politicising Muslim sentiment.

The shocking report reveals how Trump’s dream to unite American allies- Israel and Saudi Arabia under his ‘deal of the century’, could never materialise because Jordan’s King Abdullah II did not bend on the issue of making concessions on the status of Jerusalem and other Palestine-related issues. Ultimately, Abdullah’s Kingdom did feel shaken due to the pressure piled by Israel, Saudi Arabia and the US.

The three detainees were suspected of trying to destabilise Abdullah’s regime. Interestingly, Awadallah was believed to have become the confidant of Saudi Crown Prince Mohammed Bin Salman (MBS), which shows how Abdullah might have interpreted connections with the Saudi Kingdom as a threat.

Meanwhile, the Jordanian investigative report filed in the matter discloses the real issue. It stated, “Awadallah was working to promote the ‘deal of the century’ and weaken Jordan’s position and the King’s position on Palestine and the Hashemite Custodianship of Islamic and Christian holy sites in Jerusalem.”

So, Jerusalem was the real issue. In fact, Jordanian resistance on the issue was interpreted in the Trump administration as a hindrance in Arab-Israeli peace negotiations. Washington Post quoted a CIA official as saying, “It became a belief of Trump that the king was a hindrance to the peace process.”

The issue is really rooted in Saudi-Jordanian history and rivalry for control over Islam’s holiest sites. From the 10th century to 1924, the Hashemites, who presently run Jordan, used to rule over Mecca- the birthplace of Prophet Mohammed and the holiest site in Islam.

But the House of Saud, the royal family which now rules modern Saudi Arabia, expelled the Hashemites from Arabia in 1924, and by 1932, it started controlling both Mecca and Medina- the two holiest sites in Islam.

The Hashemites ultimately established the Kingdom of Jordan, and to reassert themselves, they gained control over the Al-Aqsa Mosque- the third holiest site in Islam. Fast forward to 2021- Jordan and Saudi Arabia have established close ties, but Hashemites remain concerned about their Custodianship rights over Islamic holy sites in Jerusalem including the Al-Aqsa Mosque compound.

Jordan’s King Abdullah II would be insecure about Saudi Arabia’s possible desire to lay eyes upon Al-Aqsa Mosque and assert complete monopoly over Islam’s holiest sites. In any case, Riyadh can weaken Hashemite influence on Islam in Jerusalem.

Therefore, when Trump made an attempt to bring Israel and the Arabs closer, Jordan’s King Abdullah II started weaponising Islamic sentiment about Jerusalem. The Hashemites felt that any agreement (deal of the century) between Saudi Arabia and Israel over Jerusalem could erode Jordan’s control over the Al-Aqsa Mosque compound.

Five days later, Jordan’s King went a step further and said, “I, as a Hashemite, how could I backtrack or let go of Jerusalem? Impossible. … People talk about the ‘deal of the century,’ or an alternative homeland. How? Do we not get a voice?”

Such remarks made it very uncomfortable for Saudi Arabia to sign an Abraham Accord, even though MBS indirectly supported the Arab-Israeli peace process last year. How could Saudi Arabia, the undisputed leader of the Muslim world, publicly embrace Israel while Jordan grew vocal about Jerusalem? It would have made MBS look bad.

As per Washington Post, Awadallah revealed MBS’s frustration to a former US intelligence officer. He said, “A sticking point for us is al-Aqsa. The king [Abdullah] uses that to browbeat us and keep his role in the Middle East.” At another point, the former US intelligence official claimed that Awadallah said, “MBS is upset because he can’t get a deal because he can’t handle the reactions of Palestinians if the king holds his position on Jerusalem.”

So, in hindsight, we can say that Saudi Arabia wanted to sign a Trump-brokered Abraham Accord. But of all the Arab nations, it was the seemingly progressive Jordan that played spoilsport and torpedoed what would have been an unparalleled agreement towards peace in the Middle East.

There are indications that King Abdullah II sensed attempts to weaken his regime. Now, we cannot say with certainty if any such attempts were orchestrated by Saudi Arabia, Israel or the US. But presently, King Abdullah II remains secure as Jordan’s leader. And unfortunately, the Biden administration has not started off well with MBS. On the other hand, King Abdullah II has won favour with Biden.

Expect Jordan to keep playing spoilsport from here on, as King Abdullah II seeks to secure firm control on Al-Aqsa and other holy sites in Jerusalem. The so-called progressive Jordan thetefore becomes the biggest obstacle in the Middle East peace process which is known as deal of the century.