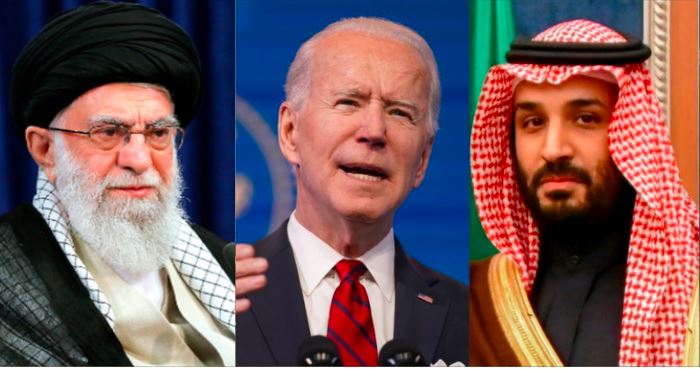 Iran’s support for Yemen’s Houthi movement is “quite significant and lethal,” according to US special envoy Tim Lenderking, who also described a fight for Yemen’s gas-rich Marib area as the single greatest threat to peace efforts.

This was the message from the US Special envoy to Yemen Tim Lenderking in a House of Representatives Foreign Affairs Committee hearing. A message of concern for the Kingdom of Saudi Arabia against the Iranian backed Houthis is a massive U-turn. The U-turn comes in the wake of the bilateral dialogue that Tehran and the Saudis held. While the US under the Biden administration condemned the humanitarian crisis in Yemen and pulled back arms supply to the Saudis it is now realising that without its support Riyadh can still push for the peace deal.

Iran assists the Houthis in a variety of ways, according to Lenderking, including preparation, providing lethal assistance, and assisting them in “fine-tuning” their drone and missile programmes.

“Unfortunately all of this is working to very strong effects as we see more and more attacks on the Kingdom of Saudi Arabia – and potentially other countries – more accuracy and more lethality. So this is a great concern to us,” Lenderking told a House of Representatives Foreign Affairs Committee hearing. “Iran’s support to the Houthis is quite significant, and it’s lethal,” Lenderking said.

Lenderking further added, “We would welcome Iran playing a constructive role if they are willing to do so. We have not seen any indication of that.” Iran has claimed that it does not help the Houthis. Lenderking’s comments, according to a spokesperson for Iran’s UN mission in New York, are unsubstantiated allegations against Iran.

Later on Wednesday, Lenderking appeared before a Senate Foreign Relations subcommittee. There he said, “What I see is continued aiding and abetting an army of Houthis by the Iranians so that they can continue attacking Saudi Arabia, and unfortunately those attacks have risen quite strongly in the last couple of months.”

Lenderking further said, “This offensive is the single biggest threat to peace efforts and is also having devastating humanitarian consequences. If we do not stop the fighting in Marib now, it will trigger a wave of even greater fighting and instability.”

Since taking office in January, Biden has made Yemen a top priority, appointing Lenderking to help resurrect stalled UN attempts to end the conflict, which is widely viewed as a proxy war between Saudi Arabia and Iran. In February, Biden announced that the US would end all support for the Saudi-led offensive in Yemen, including related weapons sales.

The Financial Times reported earlier this week that Saudi Arabia and Iran convened secret talks in Baghdad. Senior officials from the two regional rivals met face and face to try to defuse the escalating tensions. Furthermore, according to a regional source, the meeting was focused on Yemen.

The announcement of a secret meeting with Iran and Tehran’s willingness to engage in potential dialogue is a major victory for Saudi Arabia’s de facto ruler, Mohammed bin Salman (MBS). Biden made a big error last month when he proposed a Yemen peace plan. The Houthis, on the other hand, have dismissed it, with Houthi spokesman Mohamed Abdelsalam claiming that the US proposal does not include a cease-fire or a break in the siege.

MBS then proposed a new peace plan a few days later, which included a UN-supervised truce between the Houthis and the Saudi-led military coalition. The Houthis also turned down Saudi Arabia’s cease-fire bid. But it goes without saying that Iran would have preferred the Saudi offer to the American one.

The Biden administration was troubled by Saudi Arabia’s apparent progress in moving toward an effective peace plan. Indeed, a Western diplomat in the area is said to have told the US and Britain about the Saudi-Iran talks in advance. The Biden administration may have also attempted to sabotage the bilateral talks by implying that it would authorize the sale of F-35 fighter jets and Reaper drones to the UAE in addition to authorising the sale of self-defence arms to Saudi Arabia.

The Biden administration may have believed that by providing arms to the Arabs, MBS would be enticed to withdraw from any future Yemen peace plan. MBS, on the other hand, has evidently outwitted the US President here. Not only has the Saudi leader made progress for peace in Yemen, but he will also be able to negotiate several arms deals from the Biden administration.

More specifically, Tehran has confirmed that it is willing to speak to Saudi Arabia about the Yemen war. We can reasonably conclude that if one item is included, the other is excluded, and Iran is saying that it can speak with Saudi Arabia instead of the Biden administration.

While Biden goes all out to please China, Jinping throws Biden’s climate goals in the bin