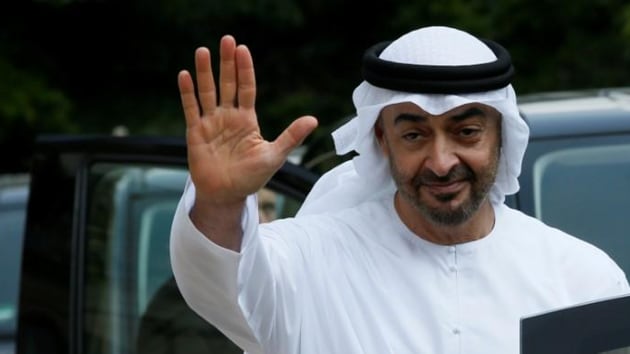 The UAE is becoming a harbinger of change in the Middle East and is fast turning into a regional leader who has the potential to bring long-awaited peace to the region. Now the UAE has pinpointed another reason for instability in the region and is asking for actions against the same. UAE has urged the Arab world to designate Hamas and the Muslim Brotherhood as terrorist organisations. However, it has made Palestinian resistance group Hamas go berzerk and it has rejected the statements by United Arab Emirates (UAE) Foreign Minister Abdullah bin Zayed linking the group to terrorism.

“Bin Zayed’s call for the western countries to designate Hamas as a terrorist group runs counter to Arab values,” Hamas spokesman Hazem Qasim said on Twitter. These statements, the spokesman said, fall in line with “the failed Zionist propaganda and contradict the Arab public support to the resistance in Palestine.”

Last week, UAE Foreign Minister Abdullah bin Zayed criticized the failure to designate Hamas, the Muslim Brotherhood as terrorist organizations. “It is unfortunate that some countries do not act more clearly in classifying some organizations, such as Hamas, Hezbollah or the Muslim Brotherhood,” he said during a speech to the American Jewish Committee. “It is ridiculous that some governments only call the military branch of an organization terrorist and go beyond its political branch, while there is no difference between them,” bin Zayed added.

Earlier Israel and UAE signed a tax treaty to boost economic cooperation, which was observed as an endorsement of the UAE for Israel and more specifically Benjamin Netanyahu. Israel and the United Arab Emirates inked a tax pact on Monday, according to Israel’s Finance Ministry, which described the move as a boost to commercial development after the two countries normalised relations last year.

In October, the UAE finance ministry said that it had secured an agreement with Israel to avoid double taxes. The tax convention will be Israel’s 59th once ministers and parliament have ratified it this year. It will take effect on January 1, 2022. This consolidates the fact that given increasing investments and economic development within UAE, it wants to forge relations with the forward looking countries as well as develop and in these efforts, it is willing to look for the problem areas without any prejudice.

Read more: In endorsement of Israel and Netanyahu, UAE moves forward strongly in relations with the Jewish nation

Hamas has become furious by the direct attack of the UAE against their existence and suggesting them being termed as terrorist organisations. UAE has gained a prominent role in countering the influence of Iran and as a driver of the Abraham accords, UAE has been a thorn in the eyes of organisations like Hamas who thrive at the instability of the region and fomenting hate among the people. UAE also threatened Hamas not to fire rockets into the Israeli territory during the Israel Hamas conflict or UAE might stop infrastructure projects in the Gaza strip.

The actions of the UAE became an eyesore for Iran as well as their lackeys like Hamas, and now this terrorist organisation has started criticising the UAE for its objective requests. So as UAE has urged the Arab world to designate Hamas and the Muslim Brotherhood as terrorist organisations, Hamas has gone bonkers.