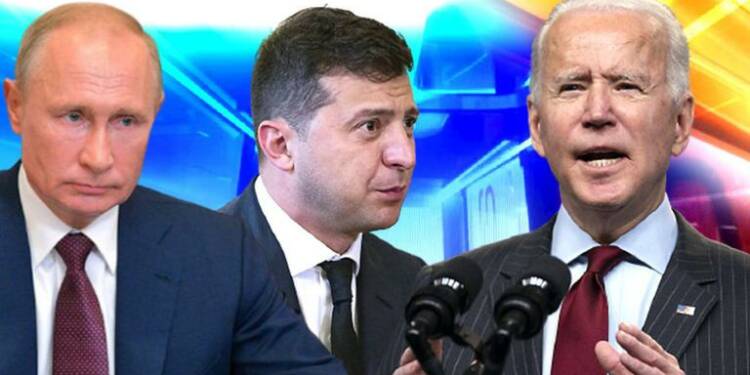 President Volodymyr Zelensky of Ukraine expressed disappointment for not meeting with US Vice President Joe Biden before the latter’s meeting with Vladimir Putin. This comes as Ukraine backed by the United States had tried to inflame tensions with Russia. After weeks of growing tensions, Biden pulled his support and Zelensky was left stranded and was made to reconcile with Russia.

Now that the US President is in Geneva for his first summit with Putin, Zelensky had hoped to meet with Joe Biden, but Biden refused to meet him. Clearly showing, that a) Biden never cared about Ukraine at all and b) meeting with Zelensky before Biden’s summit with Putin would have created tensions with the Russian president, which Biden definitely wants to avoid.

On June 14, Ukrainian President Volodymyr Zelensky expressed regret for not meeting with US President Joe Biden before the latter’s high-profile meeting with Russian President Vladimir Putin. In an interview with international news organisations such as The Associated Press, Zelensky expressed concern that the Biden-US conference may fail to achieve real achievements, leaving Kyiv in a precarious position. The Ukrainian president also expressed disappointment that he was unable to meet with Biden before the US President’s meeting with Putin on Wednesday.

“I believe that this would only have been a plus in the negotiating position of the U.S. President,” Zelensky said Monday as Ukraine is reportedly eager to develop strong backing in the West as it faces Russia-backed separatist rebels who have taken control of a large section at the eastern part of the country. Of the Geneva summit between the US and Russia, the Ukrainian President also said, “The No. 1 concern is that there will be no specifics…And the situation in Ukraine depends on this very, very much Everyone is afraid of solutions to the most difficult issues, final solutions.”

According to reports, Ukrainian President Zelensky also wants a clear statement from his American counterpart on the US support for Ukraine’s eventual NATO membership. “I’d really like to get specific — yes or no. I understand that this should be the alliance countries’ agreed position,” he said. Nonetheless, we need to know the exact dates and the likelihood of this happening in Ukraine.” Meanwhile, Russia has voiced significant opposition to Ukraine joining the alliance, claiming that it will move the group closer to western Russia.

While the stakes for Biden and Putin’s meeting in Geneva are already high, US President Barack Obama has invited Zelensky to meet with him in Washington in July, and the Ukrainian President has stated that he is willing to discuss the US military and economic support for the country. “The United States has the chance to “support Ukraine economically,” Zelensky added. It’s not only about money but about investments, about the opening of various enterprises.”

Ukraine began displaying symptoms of capitulation to Putin after exercising its muscles against Moscow for two months at the request of the Biden administration in the United States. At the time, Zelensky stated that meeting and conversing with Putin would bring an end to the seven-year conflict in the Donbas region of Eastern Ukraine. The offer of negotiations came at a time when US President Joe Biden had backstabbed Ukraine and effectively abandoned it.

The Biden administration also chose to lift a substantial portion of sanctions on the Nord Stream 2 gas pipeline and the firm building it, Nord Stream 2 AG, after inciting Kyiv to raise tensions with Moscow, which resulted in a Russian troop build-up on Ukraine’s eastern border. The Nord Stream 2 pipeline totally avoids Ukraine and provides Russia with a direct gas supply route to Northern Europe.

Essentially Ukraine lost out on whatever leverage it had against Russia. Joe Biden effectively lifted all of the project’s sanctions, claiming undefined “US interests.” The Nord Stream 2 pipeline is a strategic calamity for Ukraine, and now that sanctions have been withdrawn, it is apparent that the man who Zelensky thought an ally approves of the project.

The Biden administration clearly trying to placate Putin is a sign of how much this administration fears going into the summit. Putin clearly has an upper hand on Biden, and even though Biden could have antagonized the Russian President by meeting Zelensky he clearly chose not to. This again shows, Biden has clearly recognized the dangers of insinuating a conflict with Russia and would avoid it even if it comes at the cost of declining allies.