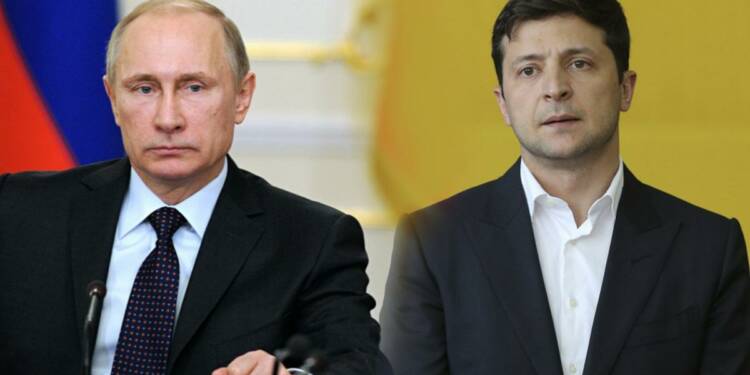 US President Joe Biden won’t rest, it seems, unless and until he sacrifices Ukraine in the larger geopolitical agenda against Russia. For the past two months, Biden has been constantly provoking Ukraine against Russia. Things went as far as a Russian troop build-up on Ukraine’s Eastern flank and clashes in its Eastern Donbas region. However, once Ukrainian President Zelensky realised how Biden was using Kyiv as a pawn, there was some de-escalation in tensions.

But Biden has instigated Zelensky against Russia yet again. US Secretary of State Antony Blinken visited Ukraine recently, and now Russia and Ukraine are locked in a fresh diplomatic row. Ukrainian authorities have put Viktor Medvedchuk, an opposition political leader, under formal suspicion for high treason, accusing him of having ties with Russia. The move has invited an angry reaction from Putin, which suggests that a fresh round of tensions between Moscow and Kyiv.

Ukrainian prosecutors are reportedly looking to detain Medvedchuk with allegations of a Russia connection. He is being accused of plundering national resources in Crimea during the Russian annexation of the region in 2014.

“Medvedchuk, as the organiser of all this illegal activity, having strong ties with the leadership of the Russian Federation, began, according to the investigation, subversive activities against Ukraine, including in the economic sphere,” Prosecutor General Iryna Venediktova said.

Medvedchuk’s party has however denied the allegations and claimed that the Zelensky administration was acting vindictively because the opposition leader exposed government failures. Medvedchuk himself called the allegations “fabricated”. He said, “I declare that I am in Ukraine and do not intend to hide from justice.”

Meanwhile, Russia’s President Vladimir Putin has described the action against Medvedchuk as selective and politically motivated. He alleged that Kyiv was targeting certain individuals doing business with Russia.

Putin said, “Judging by everything, and this is very sad, Ukraine is slowly but surely turning into some kind of polar opposite of Russia, some kind of anti-Russia, and into a platform from whose territory it seems we will constantly receive news requiring our special attention from a security point of view.”

He added, “This is, of course, an issue that should always be on our radar and we should respond to this given the threats being created for us in a timely and appropriate manner.”

The Biden administration has actually pushed Ukraine into an unnecessary crisis here. The Kremlin had anyway withdrawn Russian troops which were deployed on Ukraine’s Eastern flank. As such, an atmosphere of effective dialogue between Ukraine and Russia was building up. This is exactly when the Biden administration intervened, with Blinken’s Ukraine visit that has seemingly incited Zelensky to push the envelope against Russia.

Why did the Biden administration intervene when matters were de-escalating between Moscow and Kyiv? Clearly, Biden felt that the Russia-Ukraine conflict is leverage against Putin, which the US President doesn’t want to lose. But if tensions escalate again, Putin is unlikely to restrain himself and Ukraine will have to pay a heavy price.