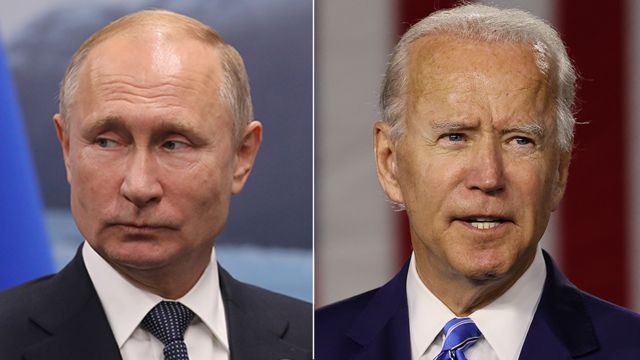 The most serious blunder Biden has made since taking office as President of the United States has been his confrontation with Russian President Vladimir Putin. Biden has jeopardised the entire Eastern European region in his desperation to run a propaganda campaign against Putin. However, as Putin was successful in dousing the fire in Ukraine, the Biden administration, learning nothing, is now trying to reignite tensions in Syria.

The Biden administration is unable to accept defeat like a gentleman and move on with better things to do. With Russia projecting its influence in the region, the US is struggling to maintain confidence in Eastern Europe. In reality, Biden dispatched US Secretary of State Antony Blinken to Ukraine to reassure Kyiv. Biden, on the other hand, is just walking into a deeper trap set up by Putin. And now understanding that it cannot do much there, Biden is trying to move the goalpost to Syria and re-ignite tensions there.

It follows an assessment to the U.S. Congress about the international campaign against ISIS, Operation Inherent Resolve, which accused Russian troops of violating “deconfliction processes” established in the northeast of Syria.

The analysis, covering the first quarter of 2021, said that Russian violations included “the addition of an extra vehicle to pre-arranged patrols,” as well as “not providing proper notification of military transport and fighter aircraft moving from Russia to Syria.” “While Russian forces largely adhered to the deconfliction processes, violations increased slightly compared to the previous quarter,” said the lead inspector general report, which added Russian actions “did not pose a threat to Coalition forces.”

After coming to power, the Biden administration relentlessly worked towards re-igniting tensions between Ukraine and Russia. Last month, there was a major Russian troops build-up on Ukraine’s Eastern flank and clashes also took place in Ukraine’s Eastern Donbas region.

Read more: By sending Blinken to Ukraine amid border standoff, Biden has walked into Putin’s trap

While Ukraine was handling Russia’s military build-up on its border, Biden was capitalising upon the crisis that he ignited in the first place. In fact, the Oval Office tried to mobilise anti-Russia sentiment amongst Eastern European nations, which got reflected when countries like Poland, the Czech Republic and Bulgaria ordered out Russian diplomats. Now with things going in the favour of Russia, Joe Biden is looking to move its attention towards Syria.

The US described Russia’s role in the country as one of “assistance to the legitimate government” and giving “assistance to the Syrian parties in starting a political dialogue.” “The United States, unlike Russia, is in Syria without an invitation from the government of that country,” Tass reported. Newsweek has contacted the Pentagon for comment. Last month, Assad thanked Russian President Vladimir Putin for military and economic support as Damascus faces political isolation from the west.

Russia, which backs Syrian President Bashar al-Assad and has helped him gain the upper hand in a bloody civil war, has long insisted that the U.S. military presence in Syria is illegal. While the Russian government is supporting the stability and the government of the day, the USA is taking the side of revolutionaries.