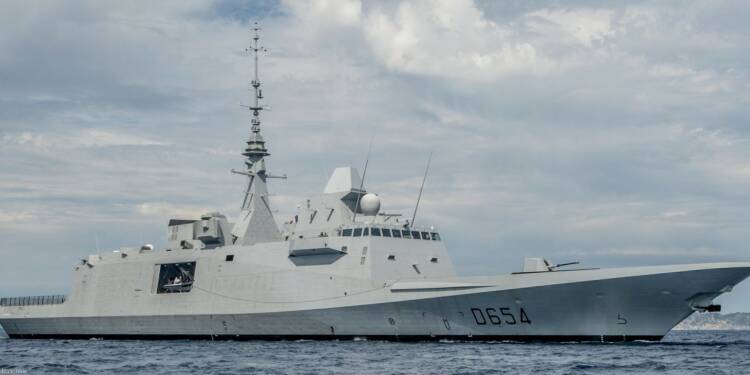 Indonesia has realised that talks with China regarding the South China Sea without a solid military backing will not yield any favourable results. And as China only understands the language of subtle threats, Indonesia has stepped up its seriousness over military preparedness. As part of that, it is now on a massive defence purchase spree to challenge the hegemony of China in the South China Sea.

According to a leaked document, Indonesia’s defence ministry will propose a budget of US$124 billion over five years, representing a significant rise in defence spending for the country. It spent roughly US$38.8 billion in the previous five years. On top of that, Indonesia has already ordered eight frigates from Italy. Analysts say the deal highlights the Southeast Asian nation’s concerns over violations of its territory by Chinese vessels and its ability to defend its interests with its current fleet of ageing vessels.

As reported by SCMP, Indonesia has signed a contract to buy six new FREMM multipurpose frigates and two old Maestrale-class frigates, according to the website of Italian shipbuilder Fincantieri. After the Italian Navy retires the two Maestrale-class frigates, they will be available. The arrangement was “of the utmost importance” to improve collaboration between two countries in the “strategic area of the Pacific,” according to the company. It didn’t say how much the contract was worth. The frigate contract, according to Muhamad Haripin, a researcher at the Indonesian Institute of Sciences’ Centre for Political Studies, reflects greater European engagement with the Indo-Pacific area.

According to Khairul Fahmi of the Institute for Security and Strategic Studies, an Indonesian think tank, if the number of submarines is increased to the target level, they will be able to conduct intensive surveillance in areas that are difficult for patrol ships to reach, reducing the presence of foreign ships around the Natunas islands.

Read more: Naval powers of Indo-Pacific are joining hands to turn Indonesia into a formidable naval power to take on the China challenge

In recent years, Indonesia has collaborated on submarines with South Korea and is exploring technical cooperation with Daewoo Shipbuilding & Marine Engineering. Two of the four submarines now in service were built in South Korea, and one was built in the United States using South Korean technology.

While Indonesia is largely considered a non-claimant state in the South China Sea territorial dispute, its maritime forces have regular run-ins with the Chinese counterparts as PLA keeps making militarily intimidating movements near the Natuna Islands, which border the sea. Part of Indonesia’s exclusive economic zone (EEZ), which extends beyond the islands, falls within the nine-dash line China uses to mark its territorial claims to more than 90 per cent of the South China Sea. In addition to this, China also claims to have historical fishing rights in North Natuna waters, leading to regular visits of Chinese fishing and coastguard vessels to the area.

In the backdrop of this, Indonesia’s defence ministry planned to spend 1,700 trillion rupiah (US$124.9 billion) from 2020 to 2024 to modernise its military, as per the leaked document. The effort would be entirely funded by foreign debt, which needn’t be repaid until 2044 and would only incur a small interest rate, as mentioned in the document.