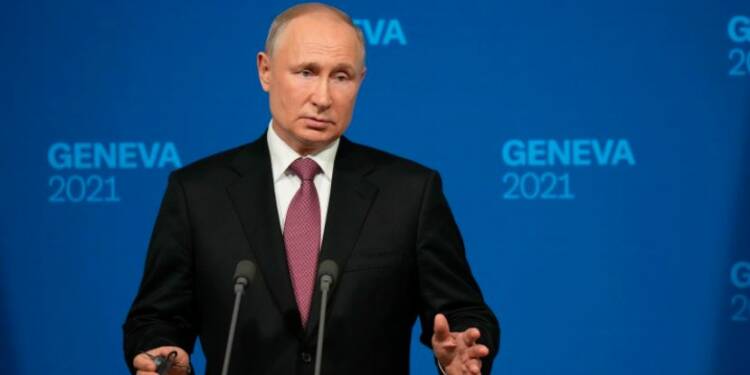 In approximately an hour-long press conference with the members of the media, Russian President Vladimir Putin made it a point to attack the United States of America and the Biden administration where it hurts them the most. While Putin’s attack on America was largely centred around the shenanigans of braindead liberals, BLM activists and Antifa anarchists, his attack on the Biden administration came in the form of a remark which said that the actions of the Russian authorities are no different from the actions of authorities in the US. All in all – Vladimir Putin owned the crucial summit, which many thought would be Joe Biden’s chance to undo the humiliation caused to him by Putin in 2011.

In Alaska, Chinese Communist Party officials had lambasted and thrashed Biden’s officials like Secretary of State Antony Blinken and national security adviser Jake Sullivan. In Geneva, however, the US President made it a point to make a complete joke of himself, while simply submitting before Vladimir Putin as he went on to dominate the summit. Even from the pictures which were released from the meeting room – Putin was seen confidently dominating the vibe while Antony Blinken sat in a submissive and unsure manner, projecting himself to be intimidated. Joe Biden, on his part, was seen with his legs crossed – a sign of him being on the defensive.

Joe Biden and Vladimir Putin did not address a joint press conference together – because Biden refused to. They both spoke to the media contingents separately. Here too, Putin made it a point to project himself as the clear winner of the summit. He attacked the Biden administration left, right and centre, and hit Democrats where it hurts them the most.

Putin said that he did not want to see something like the Black Lives Matter (BLM) movement happen in Russia, and also criticised the arrest of many of those who protested at the US Capitol on January 6. Mounting an attack on the Black Lives Matter violent campaign, Putin said, “What we saw was disorder, disruption, violations of the law, etc. We feel sympathy for the United States of America, but we don’t want that to happen on our territory and we’ll do our utmost in order to not allow it to happen.”

Vladimir Putin also called out the liberal tendency of terming just about any political opponent as a “domestic terrorist”. While questioning the mass arrests in Washington DC following the violence of January 6, Putin said, “People came to the U.S. Congress with political demands. 400 people, over 400 people had criminal charges placed on them…they’re being called domestic terrorists. They’re being accused of other crimes.”

The Russian president also hit out at the US on human right violations, alleging that America built secret Central Intelligence Agency (CIA) prisons across the globe to torture people. Putin asked, “Would anyone agree this is how you protect human rights?”

The one-hour press conference of Vladimir Putin was much more sophisticated, pointed, specific and precise than his American counterpart’s chat with the media after the summit. Putin did not throw any tantrums, was mature and direct with his answers and most importantly, lambasted the Biden administration for its moral grandstanding.