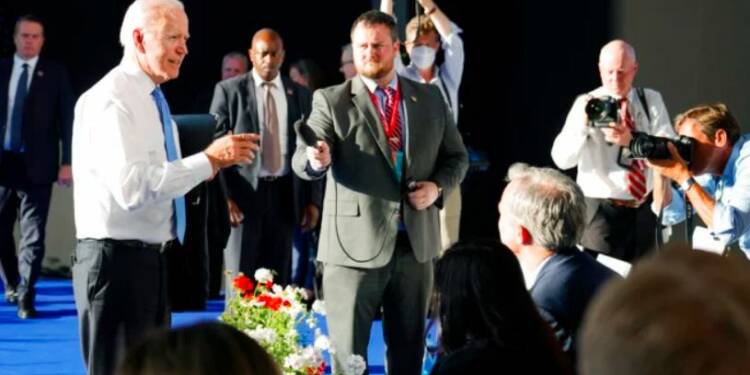 “Don’t underestimate Joe’s ability to f**k things up. And you know who really doesn’t have it? Joe Biden!” — These words of former US President Barack Obama ring true to this very day. Indeed, Joe Biden seems to have the unparalleled ability to give rise to a devastating storm where there is none. The same was on full display at Geneva on Wednesday during and after his meeting with Russian President Vladimir Putin, where the American side, under the pusillanimous leadership of Joe Biden yielded much ground to the Russians. Joe Biden looked defensive during the meeting with Putin. On the other hand, the Russian President owned the space he was in.

What exactly transpired during the one-on-one meeting between Biden and Putin has not become clear yet, however, if the press conferences of the two leaders after the meeting are anything to go by, it would be safe to assume that Joe Biden has embarrassed his country internationally once again. While Putin maintained his composure and answered questions specifically and in a mature manner, Biden was seen throwing around tantrums and wagging his fingers before journalists asking very simple questions of him.

Joe Biden began taking questions with a remark he was not supposed to make, and which once again ended up embarrassing his entire administration. At the outset of his press conference in Geneva, Biden said, “I’ll take your questions, and as usual, folks, they gave me a list of the people I’m going to call on.” Who are “they”? Is it Biden’s communication team? Is it the military-industrial complex of America? Is it some shadow government, which seems to be controlling Biden like a puppet? Whoever “they” are, they always land Biden in a lot of trouble.

CNN’s Kaitlan Collins shouted a question to Biden asking why he was “confident” that Russian President Vladimir Putin would alter his “provocative behaviour” following their high-profile meeting on Wednesday. Biden was outraged. How dare a journalist working for an organisation which has its allegiances to Democrats ask such a terrifying question? So, Biden slipped into a meltdown.

The 46th President said, “I’m not confident. Where the hell — what do you do all the time?…When did I say I was confident? What I said was — let’s get it straight — I said what will change their behaviour is if the rest of the world reacts to them, and it diminishes their standing in the world.”

In the past, Biden has courted controversies by labelling Putin as a “killer” and claiming to have told the Russian president he didn’t believe he had a soul. On Wednesday, he did not descend to such diplomatic lows, which is why he repeatedly made a clown of himself. CNN’s Kaitlan Collins was also told by Biden that she was in the “wrong business” if she could not understand the importance of his meeting with Putin.

The summit was an all-out grand failure for Joe Biden. Reportedly, in a brazen display of his ineptitude to lead the world’s most powerful country, Biden handed Putin over with a list of “critical infrastructures” that should be “off limits” from cyber-attacks. Effectively, Biden’s message to Putin was clear: Here’s a list of sites Russian hackers cannot attack, and whatever is not on this list can definitely be attacked.

Meanwhile, during the press conference, Biden seemed to agree with a significant nod to a question probing him on whether he trusted Vladimir Putin or not. This set off a massive storm, and the White House was forced to say that the nod was just acknowledgement of the media generally, and not an agreement to what was being said. Not many are convinced with this flimsy explanation, though.

American journalists were reportedly manhandled by Russian security agents, however, Joe Biden and Putin both smiled at the cuteness of the fourth pillar of democracy being shoved around like dolls. All in all, Biden’s meeting with Putin was a failure. While Putin had a field day attacking the US administration, silly old Joe was too occupied throwing tantrums and trying to get over the fact that he failed to achieve any major breakthrough with the Russian side.